The governor of New York State, Andrew Cuomo, is begging Jeff Bezos to reconsider his stunning decision to walk away from a ‘done deal’ to create an Amazon campus in the Long Island City neighbourhood of Queens. 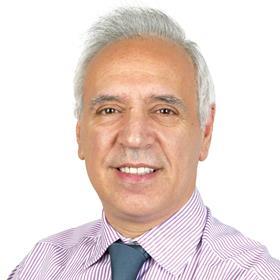 Bezos probably won’t change his mind. But Cuomo’s desperation – and that of business leaders who are also lobbying Bezos – reflects the body-blow that Amazon’s pullout landed to the city’s morale.

Bezos quit allegedly as a result of unexpected public fury over $3bn in taxpayer incentives. “A handout to the world’s richest man” was the detractors’ common refrain.

But it’s a false narrative. In fact, most of the supposed giveaway was available to Amazon – or any company willing to make such a large commitment – through long-existing tax-abatement programmes.

The cratered Amazon deal has been called the worst economic portent for New York City since the 1987 Black Monday Wall Street crash. It isn’t, but it’s ugly nonetheless. It cost the city between 25,000 and 40,000 promised high-paying jobs. It pulled the plug on several big-bucks commercial leases and land sales that were contingent on the Amazon deal closing, among them a prospective 1m sq ft lease at soon-to-be-vacant One Court Square, the borough’s tallest tower.

The breakdown also torpedoed a boom in local residential values, which had skyrocketed from the moment Amazon’s commitment was announced on 12 November 2018. It blunted New York’s momentum to overtake the San Francisco area as the tech capital of the US.

Bezos shouldn’t be blamed for pulling out. Most of the blame lies squarely on Cuomo for guaranteeing Amazon a deal that had a loophole for unravelling

Amazon could have done a better job with ‘community outreach’ and the state and city shouldn’t have agreed to let Amazon have a private heliport, a symbol of excess that ticked off even those who supported the plan. But Bezos shouldn’t be blamed for pulling out. Most of the blame lies squarely on Cuomo for guaranteeing Amazon a deal that had a loophole for unravelling.

Bezos negotiated in good faith with state and city officials during a prolonged, reality-show-like process to choose a new US location for a second campus, which saw municipalities from coast to coast offer the company tax breaks and other incentives just short of the moon.

Bezos had every reason to believe the Long Island City plan would proceed without a hitch. Cuomo is the state’s most powerful elected official. He overrode cumbersome city zoning and public-approval rules; and he persuaded New York City mayor Bill de Blasio, his long-time nemesis, to get on board, spurred by the promise of long-term tax benefits and local hiring.

It looked like a slam dunk. Unlike other controversial projects, the Amazon campus (it also chose a site in Arlington, Virginia) didn’t require kicking anyone out because the East River waterfront site called Anable Basin is mostly empty, except for a medical company that was delighted to sell its land.

But Cuomo took too much for granted. Polls showed that most state and city residents – including in Long Island City itself – wanted Amazon to move in. Yet despite claims of a ‘done deal’, part of the plan still required approval of the Public Authorities Control Board (PACB), comprising representatives of both state legislature houses. Although often called ‘obscure’, the same panel has previously scuttled major land-use initiatives – most famously former mayor Michael Bloomberg’s proposal for a sports stadium and convention centre in the West 30s.

There was a vacant seat on the PACB. Cuomo didn’t count on a new leader of the State Senate who held a grudge against him appointing a Long Island City representative who vowed to block Amazon. (The PACB must vote unanimously to green-light any proposal.) 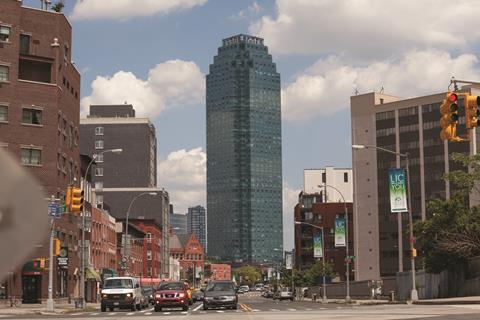 The soon-to-be-vacant One Court Square, the tallest tower in Queens

The appointee was to be Michael Gianaris, whose selection was announced on 7 February. He opposed Amazon because of what mostly far-left critics called a ‘giveaway’ based on the incentives. In fact, the $3bn couldn’t be used instead to pay for schools or other services, as critics had claimed. The state wasn’t handing out a dime. Rather, Amazon would pay less in taxes over 25 years – but contingent on creating all the promised jobs.

Less than one third of the incentives were discretionary – a $582m subsidy to Amazon for building a $3.6bn campus using only union construction labour. That was the only portion of the deal over which the PACB had veto rights, but it was enough to scuttle the deal.

Seeing only trouble ahead, Bezos declared he was quitting on 14 February. “On Valentine’s Day, Amazon broke hearts all over New York City, dumping us like a boyfriend with cold feet,” a column in theNew York Post began.

Bezos understandably was furious that he’d been sold a firm agreement that wasn’t firm. Despite Cuomo’s imploring, he’s unlikely to subject himself again to what would surely be a prolonged struggle to renegotiate terms

Gianaris was cowed by resistance from a retail employees union that hates Amazon for damaging bricks-and-mortar retailing. Most other unions supported the deal. He was also egged on by recently elected, socialist-leaning members of the legislature and the New York congressional delegation.

The loudest voice belonged to Alexandria Ocasio-Cortez, a former bartender who, at 29, is the youngest person ever elected to Congress. She’s promoted such loony ‘green’ strategies as banning plane travel. The Amazon site is not even in her district, but she generated enough heat to sway Gianaris.

Bezos understandably was furious that he’d been sold a firm agreement that wasn’t firm. Despite Cuomo’s imploring, he’s unlikely to subject himself again to what would surely be a prolonged struggle to renegotiate terms.

Gianaris and Ocasio-Cortez hailed the outcome as a triumph for the city. Gianaris is now seen as a villain. His appointment to the PACB was cancelled – but it came too late.

Amazon’s complex in a wasted corner of Queens would have yielded untold billions of dollars over time through job creation and higher real estate taxes stimulated through neighbourhood investment. Instead, the land might lie fallow for years. There will be no new jobs and no long-term tax windfall. Savanna, the company that owns One Court Square, must start over to fill a million square feet. And great companies will think twice about moving to New York City.