I’d like to end the year with a traditional ‘Top 10’ list. So, here are the top 10 things about the New York City property market that surprised us in 2015. 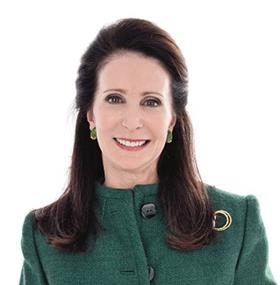 Midtown South, the area in Manhattan south of 34th Street and north of Canal Street, is the US’s tightest market, with low vacancy and rapidly rising rents. But most buildings there are more than 100 years old. When a new office building went up this year, tenants bid up rents to record levels for this area of Manhattan.

Situated in the centre of the city, Park Avenue has always been the premier Manhattan address, attracting top-tier legal, financial and consulting firms. This year, one consulting firm leased space in the Hudson Yards development on Manhattan’s far west side. New construction is attractive to tenants, but the idea that one of those tenants would move from the centre of Manhattan to its fringe was unexpected.

The $200/sq ft barrier was broken in Manhattan only a few years ago and it is still very rare to see rents at that level. This year, a company leased space in a new Park Avenue tower with rent on the very top floor at $300/sq ft. That is a quantum leap in market rents and far higher than almost anyone had anticipated.

Downtown Manhattan - encompassing the borough’s Wall Street and World Trade Center regions - has always been significantly less expensive than traditional Midtown. But with new 21st century buildings arriving at the World Trade Center, the market has shifted. These buildings are attracting tenants and achieving the highest rents in the district’s history.

The Downtown market was historically a centre for financial services and government. In recent years, that has all changed. Magazine publishers Condé Nast and Time Inc have been moving to new space around the World Trade Center. News Corporation and 21st Century Fox have signed a letter of intent to occupy a World Trade Center building, and the advertising firm Group M has committed to yet another World Trade Center building. Fifteen years ago, few observers would have expected Downtown to become home to large media companies.

Fifth Avenue from 49th Street to 60th Street in Manhattan stands as the world’s most-expensive retail corridor (see Cushman & Wakefield’s Main Streets Across the World report published last month). But there is expensive, and then there is expensive. This year, a retail tenant paid $5,000/sq ft to lease space here. Amazing!

Long Island City is in the borough of Queens, across the East River from Manhattan and long an industrial location and office backwater. But it is trendy today, as old warehouse and manufacturing space is being repurposed. This year Uber, WeWork and others leased space there.

WeWork, the shared space provider, has been expanding in New York for the past several years. In 2015, it went into overdrive. Between 2011 and 2014, the company had leased about 900,000 sq ft. In 2015, they added 1.1 million more square feet in New York City. From nothing five years ago, WeWork has become a major city tenant.

Lethargic zoning changes are usually the norm. But things are moving surprisingly quickly in this submarket. The best illustration is the rapidly concluded agreement between City Hall and developer SL Green, which won approval to build a 67-storey tower at One Vanderbilt at East 42nd Street in exchange for underwriting extensive improvements to adjacent public transportation. Due for completion in 2020, the building already has a tenant committed to taking 200,000 sq ft.

The top of the Manhattan office market was always represented by those few buildings with magnificent Central Park views. Leading hedge funds and private equity firms would locate there to impress clients. This year, one of those elite firms, KKR, announced plans to move to the Hudson Yards development on the far west side to occupy in a new office tower there. Last year, few would have seen that coming.

Manhattan is a dynamic and ever-changing property market. But even here, it would have been hard to foresee these trends coming just a few years ago.