2017 Predictions: challenges and opportunities lie ahead for PRS

More and more people are renting in the UK: a trend that is expected to continue as home ownership is increasingly unaffordable and lifestyle choices are changing, particularly amongst the 20-39 years old. 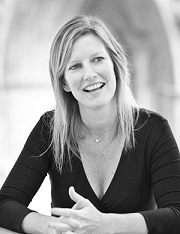 The private sector is now the UK’s biggest provider of rented homes, having overtaken councils and housing associations in the last few years, with the majority of homes owned by private landlords, rather than institutions.

However, the lack of new housing supply remains an issue. According to a recent study by the Royal Institution of Chartered Surveyors (RICS), the UK will face a shortfall of 1.8m rental properties by 2025 and 86 per cent of buy-to-let investors have no plans to expand their portfolio of properties this year, making it all the more urgent for the UK to develop an alternative and sustainable solution to the supply of rental housing.

There is now a growing appetite among institutional investors to invest in the UK private rented sector (PRS) as an asset class, keen to emulate the successes of the long-established ‘multi-family housing’ equivalents in the US and Continental Europe. Institutional investors, including Hermes, Grainger, M&G and Invesco have been diversifying their portfolios and are increasingly turning to PRS as an attractive investment, and all have launched funds dedicated to PRS investment.

The long-term and bond-like characteristics of PRS investments, such as stable rental income, lower volatility of returns, coupled with exposure to real estate which offers lower correlation with other asset classes, are a good match for the investment objectives and time scales of institutional investors such as pension funds and insurers -  they generate higher yields than government or corporate bonds and offer an attractive alternative to real estate exposure associated with investing directly in house builders.

In the UK, however, the sector faces a number of challenges to its growth. Challenges include shortage of land resulting in high land prices, and an industry which is burdened with high construction costs. In spite of burgeoning investor appetite for the sector, development finance for build to rent projects is not currently widely available and require a significant amount of capital to be viable.

So how can these challenges be met?

One way to address shortages in land availability is for PRS developers to establish partnerships with local authorities who often have control of considerable land in their councils.  Local authorities are under substantial pressure to deliver housing for their communities, whilst at the same time facing austerity and budget cuts.

The 2015 Local Government Spending Review included a provision that allowed authorities to retain all the proceeds generated from the sale of their land, which should provide councils with greater incentives to transact with developers.

Councils which take a longer term view could greatly benefit from the PRS model. Through joint ventures with PRS developers, and without the requirement of any upfront cash investment, councils could provide the required land for PRS development. This would help alleviate housing shortages, generate a steady long-term revenue stream for the councils, while passing on most of the development and management risk to the private sector.

Rising construction costs is another concern across UK developers: in London, for example, estimates suggest that construction costs have risen by as much as 10 per cent over the past year – becoming the second highest in the world, trailing only New York.

One solution entails putting a greater emphasis on building ‘modular’, or ‘prefabricated’ homes. Made up of multiple segments (called modules), these are largely manufactured in factories and then transported to building sites for final assembly – a technique which is considerably faster and less wasteful than conventional building methods.

Finally, as a nascent industry, obtaining financing is not always easy for PRS investors in the UK. The government is a strong supporter of PRS as an asset class and developed the £3.5bn Private Rented Sector Guarantee Scheme to boost the creation of a more institutional private rented sector, via a government-backed financing scheme, which provides long term financing to investors holding new, purpose built and professionally managed private rented homes.

So what could a PRS offering look like? From a consumer’s perspective, one of the key challenges for operators is to get the offering right in order to ensure long-term tenancies. Transparency on rental rates, predictable and equitable service charges are some of the ways to make tenants feel that they are getting a fair deal.

Recent research from consultancy Cast has shone a light on the commercial impact of including amenities in residential properties built for rent - Source: The Rental Space Race

From a “value for money” perspective certain PRS schemes are “place making” and adding value to the local communities: this may entail offering inclusive amenities and services, from gyms and communal areas, to cafes and cinemas, to open spaces and children’s playgrounds.

They may favour supporting local retailers and service providers, rather than more impersonal global brands, and organising local events that support the neighbourhoods.

Tenants are attracted to spacious communal space even though their rental units may not be as large.  As workers adapt to a working from home lifestyle, or couples become parents raising young children in these homes, common space is increasingly seen as an extension of the home.

Creating a sense of community while offering attractive individual units, professionally run – with tenants ‘living together, but apart’ – should create PRS offerings that would have lasting appeal for tenants.

It is important, also, to recognise different needs within the sector: the product cannot be a homogenous one – inclusive services and extensive common amenities may work in larger schemes, better than in smaller schemes, or certain parts of the UK. Each case needs to be treated on its own merits.

It is important to highlight that the PRS operators presently in the market represent the first wave. As the sector develops and these players prove the commercial viability of the sector, we expect more institutional investors to add and increase their exposure to this market and ultimately improve the quality and stock of UK PRS.

The increase of PRS housing supply will improve considerably not only the volumes of rental homes available to tenants but also the quality of these rental homes.

Tenants will have more choice, better services and an overall improved rental experience, which may lead to longer term renting. The growth of commercially successful UK PRS not only will benefit the institutional investors with exposure to the sector but also tenants and the local communities that these schemes support develop in the longer term.