2017 Predictions: most seismic year ever in store for the high street

Last year, if you had bet £1 that Leicester City FC would win the Premier League, Britain would vote to leave the EU and Donald Trump would be elected the next US president, you could have won almost £5m. 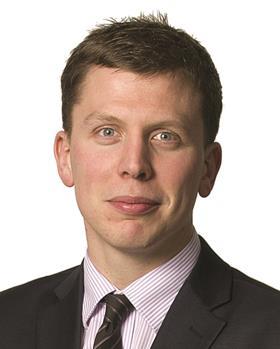 But politicians, economists and City analysts are all predicting that the events of 2017 could be more predictable than those of the last 12 months - with worrying consequences for British families and the economy.

Mark Carney, the governor of the Bank of England, has led the warnings that inflation will increase early this year as a result of the fall in the value of sterling and the uncertainty caused by Brexit. When you throw in stark movements in the value of commodities over the last year, such as oil and milk, then in theory the price of food, electrical items and other popular consumer products should rise sharply.

However, the reality could be different. Shop prices may not rise as much as predicted, or at all, because of the brutal battle for sales among high street retailers and the need to make the most of their property.

The next 12 months will be the most seismic ever experienced on the high street. Retailers, led by Tesco boss Dave Lewis, have warned of a potentially lethal cocktail of costs - the revaluation of business rates that will see sharp rises in tax for city centre and shopping centre shops, the £3bn apprenticeship levy, the national living wage and an increase in the cost of importing goods due to the slump in the value of sterling.

The path ahead was already rough for physical shops due to the evolution in shopping habits already taking place. Black Friday, the biggest shopping event of the year, saw yet more spending move from shops to online. High street footfall to leading retail destinations fell another 1% year-on-year in November.

There are clearly structural issues that need to be addressed by retailers - there are too many shops and costs are too high. In 2016, this led to the collapse of BHS (although mismanagement also played a role) and Marks & Spencer announcing its most significant store closure programme in a generation. 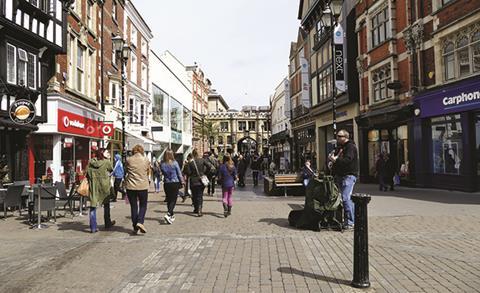 The short-term response by many retailers so far has been to cut prices in an attempt to shift their stock and cover their costs. Retail consultant Richard Hyman has designed a new style of research to measure discounting by high street brands in their shops and on their websites. The results are staggering. Retailers were effectively permanently on sale during 2016. There were only two weeks of the year in which less than 50% of retailers were promoting discounters.

In the long term, this is a destructive strategy for the reputation of brands and their profit margins. But many feel they have no choice in the short term. The simple logic of supply and demand suggests that maintaining the same level of high street shops at a time when online retailers are expanding has to lead to prices falling unless there is a surge in consumer spending, and there is little sign of that.

This force is even more profound when the unique selling point for many online retailers - such as Amazon and AO.com - is offering lower prices than the high street.

Retailers therefore face a conundrum in 2017. If they increase prices to cover their costs they risk losing sales to rivals who do not - and online retailers who do not face the same pressures. The levels of discounting in 2016 suggest that many will follow the same path over the next 12 months. We are now in a market where shoppers expect discounts and many will not look kindly on retailers blaming the Brexit vote for increasing their prices at a time when household incomes are not budging.