Mark Shaw, founder of Tritax Group and chairman of Magenta Self Storage

Current self storage trends are leaning heavily towards more creative thinking. The industry has to operate more innovatively to maintain high occupancy levels into the 2020s, seeking out new opportunities for developing existing offers through collaboration, joint ventures and investment in state-of-the-art business space, including hot-desking.

We have made the right kind of expansion a priority because as head of a family-owned self storage operation, we are all too aware that the UK market is maturing at an exponential rate.

In the last six months alone, as part of our strategy to double our current 267,000 sq ft holding by 2022, we have launched a new state-of-the art self storage facility in Banbury, adding to our existing portfolio in Acton, Nottingham, Oxford and St Albans. We have secured funding for a subterranean storage facility on Errol Street, London, in the long redundant former brewery vaults at the Barbican and we are in the process of seeking planning permission for a landmark self storage facility in Acton, West London, to include storage space for consumers as well as a mix of office and co-working space. 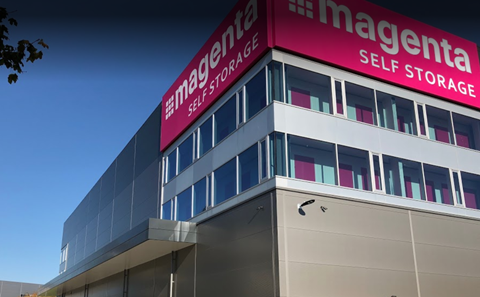 Where at one time, the greatest need was for space to store surplus domestic items, now 42% of the 42.2 million square feet of storage space in the UK is used by business operators, with one in five of all units being home to e-retailers. Clearly, as leaders in the self storage industry we have to move with the times: nurturing this evolution as well as gearing up to service it.

Self storage is a fantastic asset class: resilient, predictable and mostly undersupplied with ever increasing, though still limited, consumer awareness. It is based around a fairly simple model, providing flexible storage space to those who need it when they need it. Its reliance on a physical storage space makes it more difficult to disrupt.

There are some innovations coming into the sector, however, - including the rise of metro storage in city centres and increasing use of technology to sell space and automate how buildings work. Although robots are active across Europe, they have yet to enter the UK market, but as 2017 saw the highest ever level of investment in the sector with more than £350m of direct investment, it may only be a matter of time.