A positive year for the industrial market

After a very strong industrial/logistics agency market last year, when take-up totalled 100m sq ft across the UK, 2015 has continued to be buoyant with significant occupier demand expected to continue throughout the year. 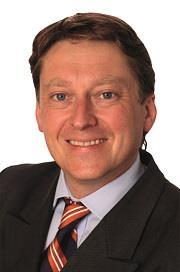 Occupiers are often surprised by the limited opportunities available on the market, particularly in key locations where grade-A void rates are at record lows and where future speculative development schemes are limited.

At the end of 2014, the total available supply of industrial floor space stood at 231m sq ft, 15% lower than 12 months earlier. This, in turn, has changed the market from an occupier to a landlord market with reduced incentives compared with 18 months ago.

Rents are steadily increasing, particularly in areas where there is a severe lack of competition or in areas where industrial occupiers have been relocated due to their sites being redeveloped for higher alternative uses. In some cases, agents are negotiating with a number of occupiers on the same property, ensuring that the landlords are achieving optimum terms including longer leases and minimal rent-free periods granted.

Across the size bands, the story continues to be very positive. In the ‘big-box’ sector (100,000 sq ft +) there were a significant number of occupier requirements in early 2015 that have yet to be satisfied. Within this sector, occupiers are seeking good-quality, well-located buildings, which are in short supply with demand outstripping the amount of speculative development coming through. Speculative development has recommenced with 17 schemes across the UK either completed or under construction with many more in the pipeline. Further development, however, is being restricted by the lack of land opportunities, which has also led to a significant increase in land values in prime and even secondary locations at or above prerecession levels.

There has been significant rental growth in the prime ‘big box’ Birmingham and West Midlands markets with record rents in excess of £6/sq ft being achieved, which for the first time is higher than the M1 locations to the south between Rugby and Milton Keynes.

Within the mid-range market (circa 30,000 sq ft-70,000 sq ft) there continues to be activity, particularly from third-party logistics providers driven by growth in retail sectors such as online, clothing, discount retailers and parcel delivery. However, this is not really a size range that developers wish to develop speculatively so these occupiers are in the main limited to looking at existing stock or prelets.

Finally, within the multi-let market there is a significant amount of activity with grade-A stock continuing to diminish. Many companies are seeking to expand their businesses, particularly while interest rates remain low and there are a number of speculative developments being built to try to satisfy some of this demand.

At various Industrial Agents Society events this year the general conversation has been positive. Their main concern is dwindling stock levels and the need for further speculative development. While developers are listening and seeking opportunities within the sector, in some areas they have struggled to compete against owner-occupiers that have outbid them to secure sites. There is around 3.9m sq ft being speculatively built over 35 schemes, including the 17 ‘big boxes’ mentioned earlier. But more are required as demand is still outstripping current levels of new construction.

Let’s hope 2015 continues to be a great year for all involved, but at the previous peak of the market in 2007, 15.5m sq ft was under construction, so it is clear there is further headroom for more speculative development.