Airbnb a help to hotels, not hindrance

The recent acquisition of home-sharing website Onefinestay by Accor comes as a timely reminder of the forces at play in the business of accommodation. 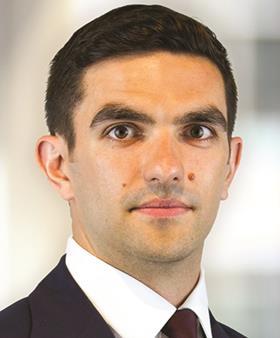 While this deal, we believe, represents a shift in the relationship between hotel groups and sharing economy challengers such as Airbnb, the latter businesses are often complementary to the hotel industry, particularly in European cities.

World tourism is expected to grow at 3% each year until 2030, increasing from 1.1 billion to 1.8 billion arrivals, a growth trend from which European gateway cities look poised to benefit most. London, Paris, Rome, Barcelona, Prague and Berlin together account for 11% of all non-domestic bed nights spent in Europe, but while demand in these cities is consistent, supply is not.

In these cities, RevPAR (revenue per available room) levels and the average price per key are close to, or already above, previous peaks.

These levels are expected to be surpassed. So we believe investment returns are likely to come instead from average daily rate gains in such cities as London, Paris, Amsterdam and Munich.

Airbnb lists over two million rooms and says it is active in 190 countries and more than 34,000 cities. But these headline-grabbing figures do not tell the whole story.

First, listings are not a good indicator of the threat to hotels, as around 15% of Airbnb’s listings are shared or private rooms, with limited privacy. Also, competing stock is not available throughout the whole year.

AXA IM - Real Assets estimates that 40%-60% of Airbnb stock competes with hotels in Paris and Amsterdam, the two cities most at risk. However, only around 30% of these listings are within the major hotel districts. Airbnb effectively serves a new accommodation market, where guests prefer to ‘live like the locals’ outside tourist areas.

In areas where Airbnb does compete with hotels, it is mostly with budget hotels providing low-value services. Midscale hotels look better placed to capture the emerging market demand, where clients value the convenience and service factor, which Airbnb doesn’t usually provide.

Investor appetite for hotel investment, particularly in Europe, can be summarised by three key drivers: strong growth in global leisure tourism; Europe’s status as the world’s major tourist destination; and emerging markets’ strong preference for city tourism. This means key European gateway cities such as London are set to benefit most - which might make us all sleep a bit more easily.

>> Read more on this