Always look on the bright side of life in property

Reading the national and property press in recent times will not, in all likelihood, have given your chuckle muscles an extensive workout. 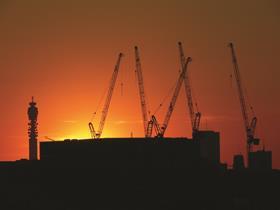 It is for this exact reason I still subscribe to Viz as it guarantees a mini-training session with each and every edition.

More serious publications alternate between the inevitable political rollercoaster in the run-up to a general election year and never-ending banking issues. Is it me or do the resultant fines seem to provide a perverse ‘bonus’-style source of finance for the government?

Anyway, in the property world, with the exception of the odd piece relating to mortgage availability or takeover activity, the industry generally seems to be operating below the radar at present.
It now seems a long time, which it’s clearly not, since we were fed a daily dose of property debt default, retailers entering administration and corporate cost-saving initiatives producing significant redundancies, all fuelling the fear that we might be drifting towards a market similar to the one experienced at the start of this century.

It is sometimes easier to keep your head down and concentrate on the general worries and concerns on your immediate doorstep without raising your head above the parapet and taking stock of the wider property market.

The rest of the world, from China and the Far East, across the Middle East through Europe, to North and South America, all seem to be of the view that the UK, and London in particular, has property worthy of continued investment across all sectors. These investors have already re-evaluated their approach to risk and as a result we are now seeing major new players in the UK and London markets enter the development side of the equation through joint ventures and/or direct investment. These organisations, from sovereign wealth funds to Canadian pension funds, have all done their homework and decided some time ago that UK property warrants longer term major commitments.

Beyond the ‘slowdown in house price rises’ headlines, it is clear that the residential sector fundamentals remain solid with demand continuing to outstrip supply in most sectors - particularly as the desire for rented urban living for the younger generations appears insatiable.

In addition, the appetite for large-scale office investments also remains strong as evidenced by transactions in 2014, including plenty north of £300m by China Life, Norges, Blackstone, Oaktree, M&G and Cathay Life among others.

On the occupational side, major 200,000 sq ft-plus commitments in 2014 by Amazon, the FCA, Societe Generale, M&G, TfL, Omnicom and EY demonstrate sustained demand hard on the heels of significant new headquarters already being constructed for UBS, Google, Bloomberg, Schroders, M&G, Ogilvy & Mather and the EMA among others.

There are murmurs that the numerous cranes across the London skyline are a cause for concern in an ‘over-supply’ context, but in reality a majority of these cranes are building space that has already been committed to - less than 30% of the current cranes are delivering genuinely speculative space. As such, the construction industry is booming and on another major recruitment drive.

So why is the current property industry not a sea of smiley faces then?

Have we all of a sudden become a shy and retiring bunch or are we just reticent to celebrate our successes in the light of the country’s general lack of a feel-good factor?

If you look close enough, there is continued positive news around, but I admit you often have to dig deep as the bad news, scandals, fines, banker-bashing and political scaremongering grab all the headlines and make the most noise, which is all very dull - no similar issue for us Viz readers!

Perhaps we are cognisant of the cyclical nature of property - after all, it was not that long ago things were down in the dumps - and as a result we want to plough on quietly with the existing positive market conditions in stealth mode.

Too much celebration often leads to alert commentators to references of peaks, crashes or predicting the top of the market.

While there are some uncertainties on the horizon, such as the ‘mansion tax’ and the issue of mobility of labour throughout Europe that may affect the UK property sector, they are unlikely to have any catastrophic impact.

You will have spotted by now that by nature I’m a glass-half-full merchant, but even in my deepest, darkest moments I’m struggling to see the reason why our industry appears to be uncharacteristically reticent about current market conditions.

It would seem, therefore, that the lack of smiles and backslapping is a result of mixing the media’s concentration mostly on negativity with the property industry’s new-found political correctness in not over-celebrating its success, before adding the usual dose of cyclical fear.

However, as landlords, developers, housebuilders and advisors all post healthy figures and results, it seems high time to raise a glass to rejoice the positive aspects of 2014.

Martin Wallace is head of leasing at Brookfield Office Properties