I am, at heart, an urban soul. And that is despite – or perhaps because of – having spent most my childhood in Morpeth, a quintessential Northumbrian market town located around 15 miles north of Newcastle. 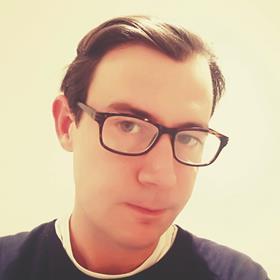 Growing up, Morpeth would regularly appear on those newspaper lists of the best places to live in the UK. Neither I nor many of my friends could understand it, although I can now see that the combination of relatively low property prices, excellent state education and a decent retail and restaurant offer has an appeal that isn’t immediately apparent to gig- and club-hungry teenagers.

Yet despite my irritatingly advancing years, I remain most comfortable in cities, be it Edinburgh, Johannesburg, London or, now, Newcastle. It was with some sadness, therefore, that I read that Manchester-based Urban Splash’s modular housing spin-off House had fallen into administration last month.

It is often overstated, but there can be little doubt Urban Splash’s co-founder and chairman Tom Bloxham played a leading role in the resurgence of city centre living – the clue is in the company’s name – that started in the 1990s, especially in the north. In the boom years for regeneration in the noughties, Urban Splash became a totem for inner-city renewal.

It was long overdue. In the post-war period, many city centres in the UK were hollowed out, with tens of thousands of residents either opting to move to freshly built suburbs or moved into the new ‘cities in the sky’ social housing projects.

This was understandable at the time. Industrial centres had suffered heavy bomb damage and were anyway badly polluted. By the 1990s, however, all that had changed. The efforts of the Luftwaffe had been largely remedied and deindustrialisation, albeit painful on many levels, had cleaned up the air. The depopulation of city centres, on the other hand, had created fresh problems: areas shorn of a reason for being once workers had retreated to the fringe.

The turnaround in the last 30 years has been remarkable, particularly in the north and Midlands. A few years ago, think tank Centre for Cities plotted city centre jobs and population growth over a 17-year period on a single chart. Manchester topped the graph, having made remarkable progress on both metrics. Newcastle, Leeds and Liverpool came out of it rather well, too. (In fairness and removing my recently re-acquired northerner chip on my shoulder, so did the likes of Cardiff, Bristol and Milton Keynes.)

It is no coincidence that a stroll around any of those city centres (OK, maybe not Milton Keynes) at most times of the day or night is an invigorating experience. As we emerge from, hopefully, the worst of the pandemic, the latest footfall and residential enquiry data show people are still just as wedded to the urban experience as they were in 2019 when the Centre for Cities’ paper was published.

That is heartening indeed. So too is the fact that I have little doubt Urban Splash will shrug off its recent difficulties. The parent company, after all, is reported to remain in good health and Bloxham overcame far more challenging times in the aftermath of the global financial crisis.

At the nadir of the pandemic, one commentator pronounced the death of New York City in an article that went on to be widely syndicated. I doubt many New Yorkers continue to lend it much credence. Across the world, it is my firm contention that reports of urban demise over the last couple of years have been premature. In the north, we’re just getting started.