With fewer than 90 days to go until the general election, there is plenty of talk about the country’s housing crisis in terms of helping first-time buyers, taxing those with larger homes and the impact of foreign investment on the London market. 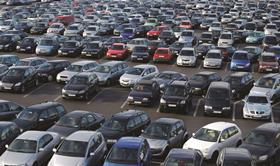 It is notable, however, that relatively little has been said about affordable housing.

Electioneering to date has been squarely focused on the middle classes, but the limited amount of social and affordable housing currently being delivered is arguably far more worthy of attention from a policy perspective.

With only a handful of pure council houses built last year, the UK is more reliant than ever on the property industry to deliver homes for those on low incomes, but with 33 local planning authorities in London alone and nearly 300 nationwide, the country’s social housing policy is being enforced by disparate groups with varying agendas. In many cases, the lack of hard-and-fast rules on social housing means developers can use a complicated valuation process to negotiate down their section 106 obligations to provide as little as they can get away with.

Developers and their consultants are now skilled at using viability criteria to agree much lower social housing contributions than guidelines recommend.

Development does, of course, often bring benefits to a community, whether or not it provides affordable housing. But with housebuilders making record profits, giving back to the societies from which they are benefiting is not an unreasonable expectation - using their financial strength and expert planning teams to coerce local authorities into shaving millions off the contributions is not the right approach.

The fact that the vacant building credit, introduced last November to reduce the level of affordable housing contribution for developers bringing empty buildings back into lawful use, has been widely condemned, not just by the City of London Corporation and Westminster City Council but also by a number of Britain’s largest residential developers, highlights just how skewed the government’s affordable housing policy has become - even the developers who stand to benefit most from this exemption are calling for it to be reconsidered.

A clear policy on affordable housing contribution is needed to ensure we have enough homes for the people and families that need them. Requiring developers to make a flat-rate contribution of, say, 25% on a sq ft basis would remove the haggling process that is currently seeing our communities deprived of the social and affordable housing that they desperately need.

As demand for homes rises and the pipeline of supply remains woefully inadequate, the emotive issue of developing on the green belt should be considered carefully. A creative approach is required to ensure we have the space to develop and house people without creating ghettos.

It is estimated there are 4,000ha of brownfield land in London, enough to build around 366,000 homes. That represents just 20% of the new homes needed over the next 20 years. 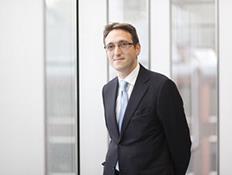 Green belt conjures up images of rolling fields and woodland, but in fact, a significant amount is private land and much has little public value. When so-called green belt sites include an open quarry in Hainault, a private car park in Hillingdon and an area of fenced-off wasteland in Hounslow, the idea of blocking all green belt development appears to be far too broad a policy.

Building on just one fifth of the green belt within the M25 would provide enough space for one million new homes - solving London’s housing crisis in a single move.

Mayoral hopeful David Lammy is not suggesting building on anything like that amount, but he has put forward some sensible policy ideas to harness the huge potential the green belt holds to provide much-needed new homes for London.

Among other points, he highlights that there are already 11 tube stations in the green belt, around which land could be developed to provide well-connected housing.

He has also suggested that any green belt land made available for development should be sold to developers who agree to prioritise affordable housing and family-sized homes. Furthermore, a series of ‘green belt swaps’ could be used so that the total area of the London green belt is not significantly diminished.

London needs to keep its green spaces but it also needs to house a growing population. Creative approaches that enable us to do both will be the key to safeguarding London’s future and could well be a key issue in mayoral primaries which will follow up fast straight after the general election.