Are we witnessing 2007 all over again?

There is an assumption that property prices head only in one direction, but we all know that market corrections occur and ‘the bubble bursts’. 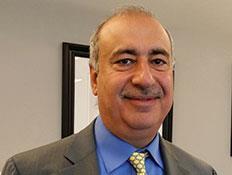 Are we poised for another such correction? There are some ominous signs.

For one, we have seen a distinct change in the pattern of sales at the prime end of the residential market (£2,000/sq ft plus). Activity has slowed significantly — there are fewer buyers and substantially more available stock. Where once people were fighting for the best units in a prime block buyers are now looking at lesser units and seeking better value for money, owning the worst asset in the best street, so to speak. This end of the market was affected by political uncertainty and the threat of a mansion tax in the run up to the election, as well as changes in the SDLT regime.

On the commercial side, we have witnessed clients that are willing to purchase properties that have asset management opportunities within them. However, purchasers are buying the assets with the assumption that the value add is a given. Acquisitions are being made with all ‘hope value’ paid for in advance with no discount factored in for the risk involved.

There has been a gradual erosion in the yield gap between prime and secondary commercial assets. The scarcity of prime assets has pushed buyers further down the food chain and there is now strong competition for secondary assets. In some cases, a good secondary asset will trade at similar levels to a prime asset.

During 2007, we saw a similar phenomenon when high streets of varying leases, tenants and unit sizes traded at similar yields. This was a very dangerous investment strategy and essentially chasing yield not quality.

However, at this point in time there is a hugely different set of economic circumstances. Interest rates remain at a record low and there is little sign that these will change significantly in the short-to-medium term. The equity/hurt money in deals is much larger than in 2007. Back then, deals were often completed with equity input of around 5% to 10%; now this number is typically as high as 35%. Within the banks, credit approval processes are far more rigid and drawdown procedures more robust. Lenders are now hampered by a greater focus on compliance and the reluctance to work with offshore structures and other tax-efficient schemes.

The most significant factor, though, is the level of rental growth. After a sustained period of stagnation, we are beginning once more to see rental growth across most sectors. Recent examples include the rent agreed by Swatch on Oxford Street and rising office rents in the City, West End and Midtown, where demand for space seems to be growing and growing.

All the signs are that we are witnessing similar events to 2007: residential prices starting to fall, prime and secondary commercial yields merging, rising rents and purchasers speculating on future growth and the risk associated with asset management and value-add issues.

We also have the influx of cash from insurance companies, pension funds and sovereign wealth funds. These buyers often have money to deploy on a ‘win it or bin it’ basis when bidding for assets and thus often overpay to utilise capital quickly.

Other investors want to ‘park the money’. Investors from unstable economic regions see the UK, and specifically London, as a safe haven and mature real estate market. These investors are rarely concerned with yields and purchase with a maximum security, minimal return attitude.

So looking at all of these factors we have to ask: are we at the brink of July 2007 all over again?