With uncertainty the only certain fixture for the near future, the chancellor hinted at the beginnings of new fiscal stimulus in his Autumn Statement speech.

While any additional spend is welcome news, there was only marginal encouragement for infrastructure. Indeed the majority of the £23 billion to be spent on innovation and infrastructure over the next five years looks earmarked for the digital sector.

With little new money set aside for infrastructure, industry now eagerly awaits the Housing White Paper, which has been promised in due course. Addressing the UK’s critical housing challenge must remain a priority.

This arrangement will work well for large sites, but successful implementation will require strong leadership from the relevant local authorities.

The chancellor’s promise to invest a further £1.4 billion to fund 40,000 additional affordable homes is vital to boost the supply of this much-needed tenure.

With latest figures from the Department for Communities and Local Government showing the number of affordable homes built in England in 2015-16 over 50% less than the previous year, any additional investment to increase their numbers is encouraging. But with no disclosure about the timeframe for investment, it is unclear exactly how and when these new homes will be delivered.

The Housing White Paper will need to set out a clear strategy for the housing debate. The UK remains unable to deliver anywhere near enough homes required to meet demand and there was nothing in the Autumn Statement to suggest this will change.

There were, however, positive signs for local growth, with the announcement of enhanced borrowing powers for combined authorities led by mayors. Such measures will allow devolved cities to invest in infrastructure, but they will need to ensure they have the right environment and leadership in place before they attempt to implement.

Also encouraging was the government’s allocation for science and tech innovation. With universities still getting to grips with the potential impact of Brexit on their businesses, additional investment for research and development will provide them with a focus. 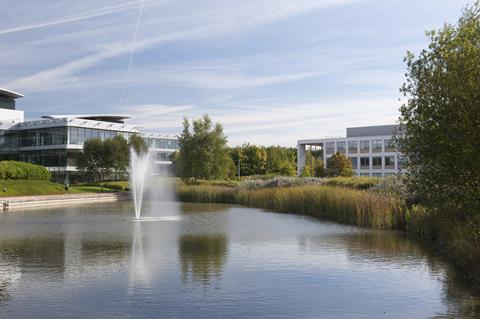 While the Oxford-Cambridge growth corridor will help foster innovation between two world-class universities, its link to new transport infrastructure should also facilitate additional development opportunities. This means that the potential for housing and other developments along the proposed East-West rail route between the two cities is ripe.

In these uncertain times, the chancellor’s focus on productivity and fiscal stimulus will be critical to economic growth. While the Autumn Statement made encouraging murmurings, it lacked sufficient detail in respect of a new pipeline of transparent, viable projects for much-heralded, high-value investment.

Not only is this detail necessary to ensure that industry is well placed to meet demand, but without this clarity delay could also be caused in respect of much-needed, private sector investment for infrastructure projects.

John Hicks, director and head of government & public at AECOM