Few European cities have seen as much change as Berlin. 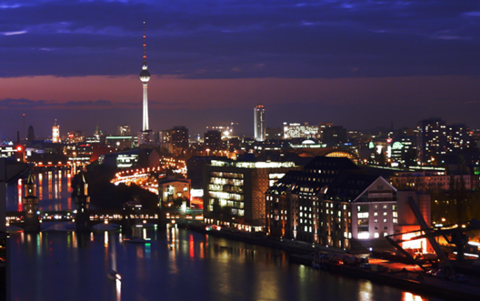 Berlin is one of the most flourishing economies in the Eurozone

Almost 30 years ago, the city was divided in two by 112km of concrete. Now, Berlin is one of the most vibrant cities in Europe: Unemployment rates have dropped to record lows, employment growth remains strong, and people are flocking to the city from elsewhere in Germany, Europe and beyond.

To assume the city’s growth is anywhere near plateauing is to ignore the facts. In 2016, Berlin saw its strongest population growth since reunification, with the number of its inhabitants increasing to 3.9m. 2017 is likely to have seen an estimated growth of between 40, 000 to 50,000.

Berlin now has the second largest population of a capital city in Europe, yet it is still 5m behind London. As one of the most flourishing economies in the Eurozone, it is unlikely that this growth is about to slow. In fact, the city is expected to attract 250,000 new inhabitants by 2030.

Managed by PMM Partners, Phoenix Spree Deutschland has been investing in this segment of the Berlin property market for over 10 years, where the imbalance between supply and demand has caused the value of properties to increase. Berlin represents 99% of the company’s portfolio, which consists largely of “altbau” – buildings built before 1949 – which have been neglected and require significant investment to bring up to modern standards. 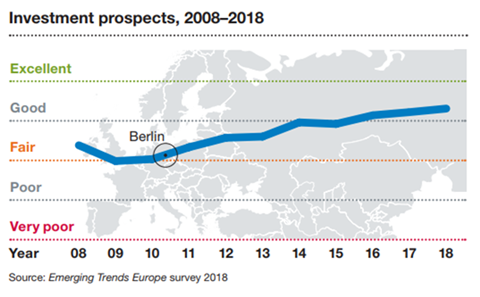 Although renovation costs for a single apartment can be between €20,000 and €30,000, and sometimes as much as €2m for an entire block, modernisation forms a key part of our strategy. As well as renovating individual apartments, we have invested in upgrades to communal space, heating systems and building facades.

The positive contribution to living standards in these once-neglected buildings has been a key driving factor in the outperformance of our portfolio relative to peers. At its most recent valuation, Phoenix Spree Deutschland’s portfolio value stood at €609.3m, with an average gross initial rental yield of 3.4%. There is still scope to continue this strategy within our existing portfolio, as well as with any new buildings we acquire.

According to a PwC report, Berlin comes first place out of Europe’s leading cities for overall investment and development prospects in 2018. With the city becoming a hotspot for the technology sector, the number of young professional tenants seeking mid-market properties is unlikely to decrease for several years to come.

Although the regulatory backdrop remains incredibly restrictive, with a supply gap of around 80,000 expected over the next few years, it will only be a matter of time before the Senate will have to incentivise social housing projects. With Berlin’s economy growing as it is, those travelling to the city will need places to live in order for it to continue to flourish.