Between a (Northern) Rock and a hard (Brexit) place

The Thursday of this year’s RESI Conference will mark the 10th anniversary of one of the iconic events of the credit crunch. 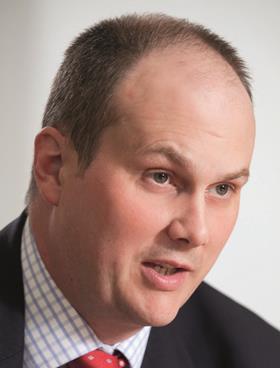 It was a decade ago, to the day, that savers who were looking to withdraw their funds queued outside branches of the stricken building society Northern Rock.

Today the housing market is affected by a combination of the long-term effects of the global financial crisis and the political and economic uncertainty that stems from the electorate’s decision to leave the EU.

The legacy of 2007 includes much higher deposits for first-time buyers, who are far more reliant on the ‘bank of mum and dad’ or Help to Buy to get on the housing ladder.

It also means fewer moves among those with a mortgage looking to trade up and greater-than-ever pressure on the private rented sector.

For a long time, housing policy was heavily focused on trying to support the resulting falling levels of home ownership among younger generations.

The 2016 decision to leave the EU has meant a change in political leadership that has heralded a much broader approach to housing. This was first hinted at this time last year, as the then new housing minister gave his first major speech in his new position.

A housing white paper then followed. Although it didn’t exactly set the industry alight with excitement at the time, it confirmed a desire to make planning more proactive and responsive to housing need. It also looked to expand the range of developers and what was being built.

The progress of that housing white paper appears to have been impeded by a Brexit-induced general election, which resulted in last year’s headline speaker losing his parliamentary seat. While we are seeing more permissions granted, this is yet to be fully translated into housing delivery - with a particular shortfall in the South East. We wait to see whether, with Brexit dominating the political agenda, progress on housing policy that addresses this will continue to be maintained.

Certainly the challenge in increasing housing delivery has not been made any easier by a more muted housing market, particularly in the capital where housing shortages and issues of affordability are at their most acute.

Yet the industry continues to innovate. Build-to-rent at last appears to be gathering real momentum. The aspirations of housing associations to develop more housing appear to have been restored. Proptech is fast becoming a catalyst for disruption.

So there will be no shortage of topics for debate at RESI 2017, and not just because of the political and economic events of the past decade.