Beware negative rates as we grapple with EU question

Since early 2008, policymakers worldwide have cut interest rates 637 times and purchased $12.3 trillion (£8.7 trillion) worth of assets. 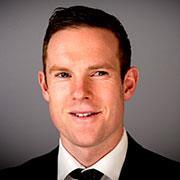 In what some now see as desperate measures, a growing number of central banks are sailing into uncharted waters and adopting negative rates. The list includes the European Central Bank, the Swiss, Swedish and Danish central banks and, most recently, the Bank of Japan.

A fifth of the world’s total GDP is now in countries with negative rates. Others may follow: Janet Yellen, chair of the board of governors of the Federal Reserve System, indicated in November that a change in economic circumstance could put negative rates on the table.

The motives for going negative do differ - some are more concerned by devaluing currency value against the euro rather than specifically seeking growth - but the overall rationale for moving rates negative is an extension of the argument for low rates; that is, if you charge banks to lodge deposits at the central bank, lenders would be discouraged from hoarding cash and instead invest it in otherwise stagnant economies.

The reality is precisely the opposite: negative rates make it harder for banks to make a profit from their lending businesses, resulting in shrinking loan books and more expensive credit. Part of the issue is that banks do not, on the whole, pass on the costs of the negative rates to their customers.

Some banks are charging institutional depositors, but retail depositors are not (yet) being levied. To maintain profitability, banks will try to increase their lending rates, making credit more expensive.

To Brexit or not to Brexit? Take our EU referendum survey

With just under 8 weeks to go until the UK votes on whether to stay in the EU, Property Week has launched a survey of the industry.

The survey comprises 10 quick questions and should take no more than a few minutes to complete. The results of the survey will be anonymous – and will be published in a forthcoming issue of Property Week.

Please give us your views on the EU referendum here

A business becoming less profitable is less likely to expand, making the availability of credit more restricted. More expensive and less readily available credit is not what policymakers were seeking. In the commercial real estate sector, this problem could be particularly acute.

Regulation requires you to hold around 20% of your assets under management in cash or cash equivalents providing liquidity to meet redemptions, so €200m is kept in a bank account, which costs you 30 basis points a year on your deposits.

This unfairly drags the overall fund return down. But because the fund’s return is still positive in a universe of negative or near-zero investment options, and its core strategy is considered to be relatively safe, you have a flood of net inflows from investors. 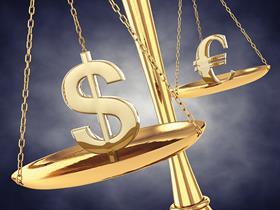 So what do you do with the capital inflows? If you can find and purchase good-quality assets, then clearly you buy. But if there simply aren’t sufficient assets available, then you next pay off all your existing loans. In the medium term, having to potentially regear at a time when rates are increasing or remaining wholly ungeared will negatively affect fund performance. Or worse, the investment manager will be forced to acquire poorer-quality assets precisely at the wrong point in the cycle, simply because they are positively yielding.

The good news from the UK’s perspective is that Mark Carney, governor of the Bank of England, has been open in his aversion to negative rates, noting the “potentially counter-productive impact on the building society sector”. However, Brexit uncertainty has resulted in the rates markets currently pricing in zero likelihood of a rate hike this year and a near-40% chance of a rate cut by the year-end. Let’s hope negative rates don’t become an additional burden on the sector as we grapple with the Europe question.