Brexit is having a 'reverse ripple effect' on the capital

Brexit was heralded as a potential disaster by many in property when the EU referendum vote first became clear. 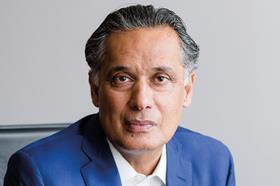 At the time, investors, investment managers and agents braced themselves for a shock.

If the doomsayers could have foreseen the figures two years on, no doubt they would have blushed. While there was an initial bump, generally the UK market remained buoyant.

A flurry of high-profile deals since the Brexit vote have supported this narrative, with the sales of Landsec’s Walkie-Talkie and British Land’s Cheesegrater among the most notable.

Tenants have also continued to commit to prime spots, with the likes of Deutsche committing to new leases in the City.

These deals are reported as signs that the Brexit effect is yet to materialise and of sustained confidence in the UK commercial property market.

Yet with half-hearted progress in the Brexit negotiations continuing well into 2018, we’re expecting confidence levels in the market to wane. We’re bracing for something of a delayed aftershock from the vote, as impatience over a lack of clarity heightens. In particular, assets in and around central London that aren’t necessarily iconic, yet have good long-term prospects, will fall prey to this sustained uncertainty.

The UK remains politically stable and although it has fallen well behind the US in the eyes of most international investors, many ultra-high-net-worth individuals still see it as an attractive place to park cash. This is to the benefit of what we would dub the trophy London assets.

Knight Frank reported in 2017 that deal volumes in London were 33% up on 2016, made up of 83% overseas buyers, of whom 42% were Chinese based. Similarly, CBRE said that overseas investment in UK property hit a record £30.8bn last year. Pricing for the most coveted assets remains firm for the time being. 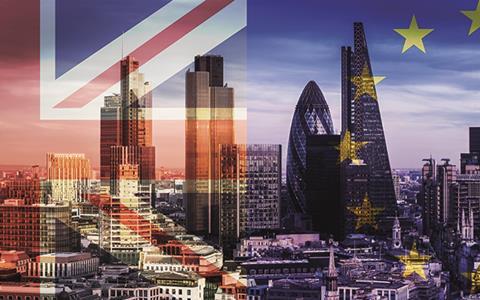 But the outlook elsewhere in the capital is more uncertain. We’ve seen first hand a notable increase in investor caution towards the UK. Investors who would previously have allocated to the UK without a second thought are now deciding to keep their powder dry while the uncertainty lingers.

The increasing shortage of capital for London non-prime assets, and the perceived need for investors to de-risk portfolios with respect to the UK, means we’re now expecting this ‘risk-off’ investment climate to intensify.

I found the latest London tenant figures from Knight Frank quite surprising. They present a fairly healthy outlook for tenant take-up in the City, which seems at odds with reality. In fact, the lack of clarity from the government over Brexit is causing tenants to delay their decisions on taking up space in London.

Many of the best opportunities will be for assets requiring a little TLC, whether that’s re-gearing a lease or sprucing up office space.

Investors remain tempted by the UK’s strong fundamentals, but for now the watchword seems to be ‘pause’. This can be frustrating for managers, given that dislocations arising from Brexit will create opportunities. But as the opportunity becomes more obvious, rest assured more investors will want a seat at the table.