Brexit is opportunity not a threat

Recovering from a back operation has helped me put Brexit in perspective – and I’m not talking about the pain involved. My back problems are mostly genetic and were always going to happen, and so too with economic upheavals like Brexit; such macroeconomic and political events are inevitable. 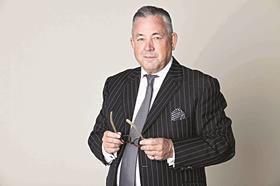 ”A no-deal Brexit could disrupt the market, but for months, not years”

The day-to-day drama in Brussels and Westminster can obscure the long-term view, which, for real estate, is largely far more positive.

It’s easier to gain that perspective with an international outlook. At the time of the Brexit vote, I was chief executive of BNP Paribas and saw how the decision was greeted across Europe and the world. Some shared the surprise and concern that dominated in the UK; in France, the feeling was largely one of incredulity that the UK was ruining the European dream. For Germany, it was seen as an opportunity to promote Frankfurt as a commercial market, while many Asian buyers and investors saw the decline in sterling as an opportunity.

A historical perspective also helps. In over three decades in property, I have seen the UK undergo crises and economic upheaval, but markets, particularly London, soon recovered – and often thrived.

Memories are short. People forget Thatcher’s battle with the unions, unemployment and double-digit interest rates of the 1980s. But this is also the decade when institutional investment in UK real estate came of age, when the big commercial businesses experienced some of their fastest growth and overseas investment from the likes of Japan, Sweden and the Middle East began. 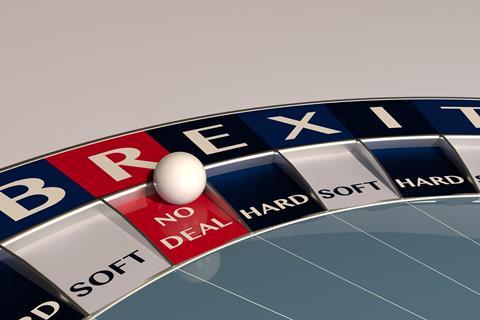 The talk of ‘crashing out’ of the EU is a reminder of the UK crashing out of the Exchange Rate Mechanism in the early 1990s when George Soros ‘broke the Bank of England’. It was also a time of chronic overbuilding and, early in the decade, sky-high interest rates – a challenge for overextended property firms.

Yet by the mid-1990s, investors, particularly German firms such as Deka and Commerzbank, were piling into London property.

Finally, what of the banking crisis in the past decade? In 2008 and into 2009, the commercial property market was on its knees. Prime City yields reached 7.5% or more. Yet by autumn 2009, the market had recovered, with yields back under 5% almost overnight.

Whether, when and how we leave the EU may have significant, long-term implications for the economy, but the impact on commercial property is likely to be short lived. Despite the uncertainty, the macroeconomic fundamentals remain strong. The economy is still growing, with 0.4% GDP growth in the latest quarter and employment at its highest since records began.

The property market is healthy. There is a significant equity base, low gearing and no sign of supply and demand imbalances. Vacancy rates in London are lower than at most times in the past few decades and there is a massive pool of institutional money from annuity funds, overseas investors and pensions in need of good, long-term returns.

If investors do fear the impact of Brexit on real estate, what are the investment alternatives? Any disruption will also hit the equity markets, bonds and residential property. That is why we continue to see big deals from occupiers and overseas investors.

A no-deal Brexit could disrupt the market and affect yields, but over a period of months, not years. The market will bounce back, just as it always has done. For those with the right perspective, that’s not a disaster; it’s a buying opportunity.