Build-to-rent will be key to solving the housing crisis

Britain’s broad property sector was hit with uncertainty after last year’s Brexit referendum – and the outcome of this year’s general election has done little to calm the nerves of investors concerned about the outlook for UK property. 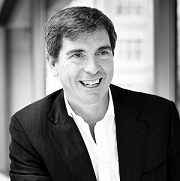 Overall, however, we remain cautiously optimistic about the sector. The fundamentals are still sound, the UK remains Europe’s most liquid property market and the more favourable exchange rate should ensure a continuing flow of overseas investment.

First-quarter figures for 2017 were still strong, with £5bn of commercial real estate transactions, while property funds, after seeing some £1bn withdrawn by retail investors last year, saw a reversal, recording a modest £52m in net retail sales in March.

One of the key areas of the market that remains buoyant is the build-to-rent (BTR) sector. It is firmly at the heart of UK housing policy with the issue of the government’s white paper, Fixing Our Broken Housing Market, earlier this year and we are seeing more optimistic projections of what can be achieved.

For instance, according to Savills and the British Property Federation (BPF), BTR is on track to deliver 240,000 new homes by 2030.

Estimates suggest there are now close to 83,000 units in the UK, of which 44% are located outside Greater London, including major developments in cities and towns such as Manchester, Bristol, Derby, Wolverhampton and Stevenage.

A spate of fundraisings and deals over the past year, which has accelerated in recent months, has seen institutional investors start to fully embrace the benefits of BTR’s long-term, low-risk investment model.

This has been supported by the successful issue of the first bonds, which have raised £214m under the government-backed £3.5bn private rented sector (PRS) guarantee scheme. This scheme, managed by Venn Partners, aims to accelerate institutional investment in BTR and provide developers with access to long-term loans to help increase the viability of projects and build new homes for long-term rental.

Fundraising elsewhere has also been robust with, among others, M&G and Legal & General Investment Management respectively raising £600m and £300m of additional equity for investment in BTR developments at the turn of the year.

Places for People raised £150m for its first PRS fund in March this year and in May, the first quoted PRS REIT was launched by Sigma Capital, raising £250m to invest purely in PRS, demonstrating that BTR is fast becoming a mainstream asset class.

A number of BTR deals have also recently been announced, showing that the asset class is being embraced by developers across the UK, with an increasing number entering the BTR market for the first time.

Deals include Cording Real Estate’s acquisition of CapRes, bringing a strong pipeline of on- and off-market opportunities, and housebuilder Telford Homes entering the sector with a construction development agreement with Greystar to build around 900 homes at Nine Elms in Battersea. 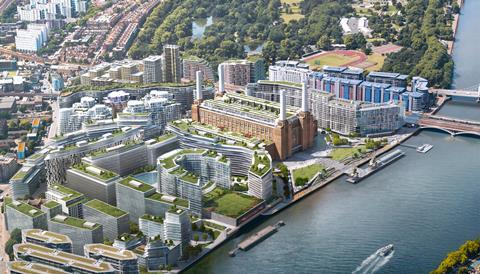 Going forward, the BTR sector should deliver low-volatility cash flows despite the expected volatility within the broader commercial real estate market. The stability of the industry, with the added benefit of offering some inflation protection, provides the impetus for the continued capital flows into the sector, which to date have largely been driven by long-term pension money being invested in UK housing.

With long-term funding available from the PRS guarantee scheme, the industry has the capital impetus to play a significant role in solving our housing crisis by increasing housing supply. One issue that, if resolved, will help to boost the BTR sector is defining BTR properly for planning purposes, as highlighted in a report from the BPF, Unlocking the Benefits and Potential of Build to Rent.

This would enable local authorities to interpret and implement policies consistently, improving the knowledge and understanding of the sector among planning professionals. It would also help councils across the country adopt a more universal approach to BTR, accelerating and maximising the delivery of homes. Finally, addressing the shortages in land availability for BTR developers would be a positive step.

Want to find out about more on the BTR boom? Book your place for RESI 2017 now

One way to address this would be for developers to establish partnerships with local authorities, which often have considerable reserves of land. Local authorities are under substantial pressure to deliver housing for their communities while facing budget cuts.

Through joint ventures with developers, they could provide the required land for BTR development, which would help alleviate housing shortages and generate a steady revenue stream for councils while passing on most of the development and management risk to the private sector. How quickly these issues are addressed will affect the pace of the BTR sector’s development, although its ultimate success already looks increasingly secure.