Can Europe stay competitive in face of Trump’s taxes?

Investing across western Europe has never been easy. With a broad range of individual yet interlinked countries, all with their own market dynamics and political situations, getting a firm understanding of investment prospects can be hard work. 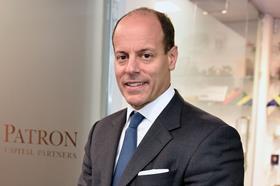 In the wake of a number of major political events, from the Scottish referendum to Brexit, to the Spanish election, the Italian referendum, German elections, the French presidential election, the British snap election and the Catalan referendum – not to mention the Article 50 negotiations currently under way – it is clear Europe is going through a period of significant political turbulence.

However, there are positives. There is decent growth and this is getting better, benefiting from improvements in the US and Chinese economies. Employment continues to improve – particularly in Spain, where unemployment has fallen from more than 26% in summer 2013 to around 16% as of the end of 2017; liquidity has returned across most markets; and interest rates are low and are likely to stay low for at least the next year.

Meanwhile, prime rents are at their highest level since Q3 2008, driven by low vacancy rates, which are close to 15-year lows in 10 out of 20 major markets.

This is the result of a lack of supply caused by relatively little construction of new office buildings coupled with a reduction in the quantum of vacant secondary stock as it is taken up by improving local economies or converted into alternative uses such as apartments and hotels.

Certainly there are issues that need to be worked out – not least the challenge of dealing with the high levels of non-performing loans, principally in Italy, where these have not been adequately recapitalised.

We can only really evaluate the performance of Europe by setting it in the context of other global markets. The University of Michigan reported last week that US consumer confidence is at a 14-year high. This is thanks in part to Trump’s recent tax reforms, which see all US-based firms benefiting from a one-time tax rate of 15.5% on their global cash reserves regardless of whether they bring them home. Then, when the gift period ends, their US corporate tax rate will drop from 35% to 21%.

It remains to be seen how – or even whether – European markets will retaliate. If they fail to make efforts to remain an attractive base for overseas companies, the consequences could be significant. There is also a risk of double taxation if tax regimes on either side of the Atlantic become incompatible. 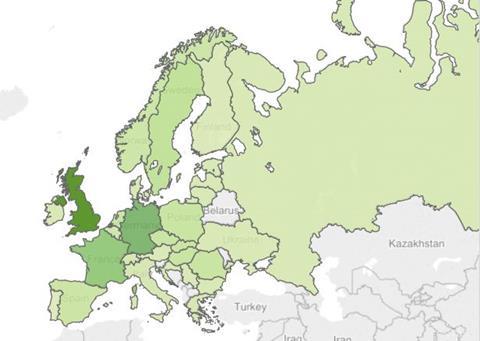 There are positives across the European property map

The US tax reforms have come at a time when Europe is considering increasing taxation rather than reducing the burden: an updated Franco-Luxembourg treaty signed this week includes rules that could affect property investment through changes to tax rules; and France’s finance minister, Bruno Le Maire, has advocated plans to start taxing digital giants such as Google, Apple, Facebook and Amazon on their revenue rather than their profits, albeit these have been opposed by low-tax countries. Any increase in taxation could hamper foreign direct investment.

But even if European countries were to reduce taxation in a bid to keep international companies, a global race to lower corporate taxes could see welfare states being put under more pressure at a time when European economies are still recovering.

In short, Europe is doing well. But ongoing changes in political power across key economic participants, further independence movements gathering steam and a trade war caused by changing international tax regimes all have the potential to unsettle what is still a fragile recovery. All of this emphasises that investors looking at Europe need to be careful: identifying good opportunities at a granular level and executing a successful turnaround of an asset or platform remain a veteran’s job.