Londoners troubled over the plight of debt-ridden House of Fraser as it fell into administration last week and was promptly bought by Sports Direct should know that the department store scene in America is even more dire. Jumbos are closing from coast to coast while in Manhattan, the historic something-for-everyone emporiums have dwindled from nearly 20 in the 1970s to a precious few. 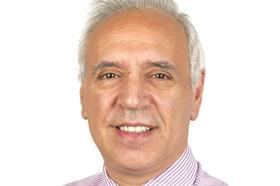 Names such as Bloomingdale’s and Saks Fifth Avenue enjoy mythic status in New York, as Harrods and Marks & Spencer do in London. But except for mammoth Macy’s, which vies with Harrods for the ‘world’s largest store’ title, they long ago stopped selling everything from books to refrigerators. They are mainly fashion bazaars for many of the same designers and national brands, causing customers to complain that the stores are all too similar.

The tailspin has been under way for decades, starting with the demise of Best & Co in 1970. Later came the closure of Gimbels, JW Mays, Ohrbach’s, Abraham & Straus, B Altman & Co and Alexander’s. The announced closure next winter of Lord & Taylor’s Fifth Avenue flagship will reduce Manhattan’s inventory of grand-dame department stores, as they’re traditionally defined, to a mere five — nearly as many stand in Oxford Street alone.

In theory, Lord & Taylor’s closing could benefit its competitors, but they too are under strain. Despite a supposed pause by foreign investors, the development-rights value of just about any Manhattan location exceeds the value of any ongoing business.

Land & Buildings Investment Management, an activist investor in Canada’s Hudson’s Bay, parent of both Lord & Taylor and Saks Fifth Avenue, even wants to unload the thriving Saks Fifth Avenue flagship — a national icon since 1924 — for a condo tower project, although Hudson’s Bay said it would not do so. Ultra-chic Barneys on Madison Avenue faces closure over a lease renewal it says it cannot afford; the matter is in arbitration. Meanwhile, the Macy’s store in Brooklyn, far smaller than the Herald Square flagship, had so much under-trafficked floorspace that it is being shrunk to make way for a new development.

New York shoppers now skip the high-priced field for discounters led by voluminous Century 21 downtown, where fashion products can be bought for much less. Having barely survived an onslaught of low-priced, big-box and ‘category-killer’ stores, department stores are fighting for their lives against online retailing.

Neiman Marcus has enjoyed a string of profitable quarters, but its top-line sales fell 5% to $4.7bn (£3.7bn) from 2016 to 2017, according to CreditRiskMonitor. But debt is the more ruinous factor. According to Forbes, combined long- and short-term liabilities last spring were $4.2bn at JC Penney and $5.1bn at Neiman Marcus. Macy’s long-term debt was $5.9bn.

Hudson’s Bay Company had a $646m operating loss in the last fiscal year. So it couldn’t afford to say no to WeWork’s $850m offer to buy Lord & Taylor’s 10-storey building at Fifth Avenue and 39th Street — one of 10 Lord & Taylors to be closed nationwide. Originally the store was to lease back the first two floors, but the parties changed their minds. WeWork will now use the whole building, to the dismay of New Yorkers enamoured of the store’s famous, whimsical Christmas windows and vaulted-ceiling ground floor. Macy’s has closed 14% of its properties since 2014 and JC Penney has shut a similar percentage. Macy’s, which owns Bloomingdale’s, suffered a 4.3% year-on-year fall in same-store sales in 2017. 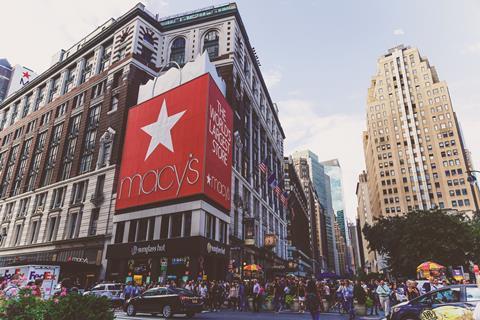 The situation is similar to that in the UK, where Marks & Spencer chairman Archie Norman, noting that the company might need to close more than the 100 stores previously announced, recently said: “This business is on a burning platform.” In the US, the fire has been partly fed by online retailing, which accounted for 9.1% of all national retail sales in 2017, up from 5.1% at the end of 2011, according to the US Census Bureau.

Young shoppers buy online or at boutiques in booming areas where retail options were once few, such as NoLIta (North of Little Italy) and Brooklyn’s Williamsburg. Department stores have sought to blunt the trend by collaborating with ‘influencer’ entrepreneurs. Nordstrom did this with Arielle Charnas’s Something Navy x Treasure & Bond line, ringing up $1m in sales in less than 24 hours — but the bonanza was online, which won’t help the bricks-and-mortar side. As Jeffrey Roseman, vice-chairman of Newmark Knight Frank’s retail brokerage division in New York, observed, in such a climate “the need for an eight-storey, multi-hundred-thousand-square-foot department store in major cities is limited at best”.

Department store sentimentalists have claimed a New York revival based on the recent opening of a smaller, downtown Saks at Brookfield Place and two upcoming big-name debuts — Neiman Marcus at Hudson Yards and Nordstrom on West 57th Street. But the three venues’ combined floorspace is less than the 670,000 sq ft soon to disappear at Lord & Taylor.

The Manhattan survivors – Macy’s, Bloomingdale’s, Saks Fifth Avenue, Bergdorf Goodman and a small JC Penney tucked into a Midtown mall – will either aggressively adapt to modern times, or eventually go the way of their departed brethren.