Cracking the concept of space as a service is vital

We never would have predicted today’s business climate when we established Kontor three years ago. 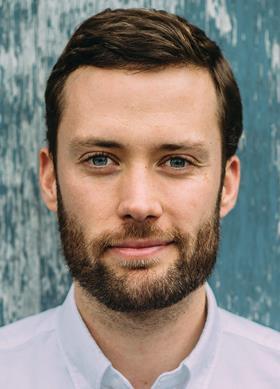 Brexit wasn’t yet a phrase, London office rents and values were hitting record levels and co-working was still a relatively new concept. We’ve learned a lot on the way and witnessed the growth of several striking trends. Two stand out in particular, which we believe will fuel tomorrow’s market growth.

The first is obvious: the advance of fully managed, flexible workspaces – space as a service. We made a prediction three years ago that it could easily make up 25% of the London office market; we might need to revise that up to 50%, if not more.

During our first year, a modest 31% of deals we signed were for serviced spaces, the remaining 69% being traditional leases. Three years on, the stats have almost exactly swapped – 68% of our deals are for businesses taking space in managed offices.

This is proof that the economic, cultural and generational shift in what people want from their workspaces is here to stay.

The rapid growth in the number of SMEs in the UK, coupled with our general desire for flexibility, has invited far more co-working operators to set up in London, in a shorter space of time than even we predicted.

In response, we’ve expanded our flexible offices team to three people, soon to be four, as there is no doubt that serviced offices are here to stay.

This makes sense if you look at the changing demographic of the workforce. Those businesses signing for sub-5,000 sq ft of space tend to be lifestyle-based, established firms that aren’t looking to grow or increase headcount. They’re happy to sign up to a longer-term traditional lease as they know their future plans.

Those taking more than 10,000 sq ft to 15,000 sq ft are also fairly well established and understand where their business is going. They’re looking to define their working culture with their own building and appreciate the potential cost savings of taking a lease. However, even these firms are seeking shorter-term deals to allow for scaling and would consider serviced space if available. 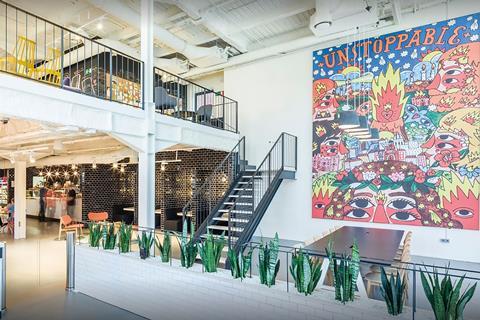 Those in the 5,000 sq ft to 10,000 sq ft middle ground – which a few years ago would have taken a lease – are now staying in serviced spaces for longer. They’re driving the ‘hybrid model’ – their own front door but a fully fitted, managed space on flexible terms.

From these trends we’ve drawn conclusions about where the office market is heading, not just in London but across the UK and Europe. As a result, Kontor has launched a new disposals business arm and hired a head of leasing, Roger Holmes, to kickstart the division in January.

We’ve been advising tenants from start-ups to established international businesses on the types of spaces that will best suit their business, and we’re now able to help landlords provide the buildings these tenants are looking for. Some landlords are already adapting to the new normal, but there is still an underappreciation of who their new customers are, what they want or how they want it delivered.

The office market is only heading one way – diving deeper into the world of space as a service. As a business we’ve grown up alongside the people looking for these spaces and we see huge opportunities for the landlords that provide such solutions. Demand for design-led, flexible spaces has grown and evolved faster than many expected and traditional thinking needs to change fast if London is to continue to stay ahead of the curve.

Luke Appleby is the co-founder of Kontor