“Devolution has begun, and is kicking off what could be a transformative era.” 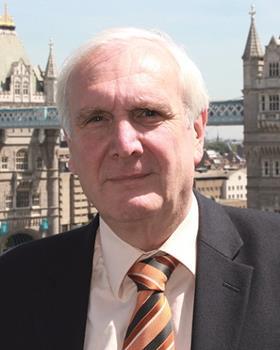 Not my words, but those of David Parsley in these pages a few months ago. It is hard to disagree. Greater local devolution is a huge opportunity for the property industry to help shape the future prosperity of the whole country.

As the Cities and Local Government Devolution Bill progresses through parliament, and with the election of the next London mayor less than a year away, now seems a good time to reflect on London’s experience of devolution. Ahead of the introduction of greater local powers, what lessons can others take from the capital? What opportunities does devolution offer to other regions? And how can the Greater London Authority (GLA) best tackle the major challenges that still face the city?

On balance, London’s experience has shown that genuine devolution can work, and work extremely well.

There are many reasons for this. London has benefited from having a charismatic mayor with the political clout to drive projects forward where others might have stumbled. The mayor’s powers are clearly differentiated, allowing for constructive relationships with both central government and the boroughs. Delivery authorities such as Transport for London have prospered by being subject to political oversight, but not political interference.

However, the key to London’s success has been a willingness to innovate. Whether it is through testing and refining ideas such as enterprise zones and opportunity areas to drive forward regeneration projects such as Nine Elms or through embracing new technology such as Oyster and contactless payments to transform transport, innovation and enterprise have been vital in cementing the capital’s position as one of the greatest global cities.

Looking to the future, perhaps the biggest issue facing the city is the demand for housing. We clearly need to build more houses at higher densities to cope with London’s growing population. But at the same time we need both to protect the parks, public spaces and cultural attractions that make the city so attractive, while also planning for the future, for example by anticipating the massive changes being wrought on our high streets as technology upends the retail landscape.

Managing these changes and competing issues effectively will require new thinking. Fortunately, current signs are promising. From Croydon to Victoria, major regeneration schemes are employing clever designs that will deliver high-density development while putting value on public and green spaces. Old Oak Common represents an exciting approach to financing and delivering major regeneration projects. The redevelopment of the old BBC Television Centre in White City into Media Village is an innovative approach that is creating value at an iconic site in a way that respects its heritage.

These big schemes have grabbed the headlines in London, but the premise is valid for developments large and small up and down the country: greater local autonomy over planning and finance can unlock development sites and infrastructure projects that will have a material, positive impact on people’s lives.

Equally, both in London and around the UK, embracing technology can drive huge benefits for local communities. From data analytics to make bus networks more efficient to energy-efficient technology to combat pollution, promoting innovation is vital if our cities are to prosper. To do that effectively requires both drive and accountability among local authorities, which devolution should encourage.

Parsley is absolutely right that devolution could be a huge opportunity. The property industry has a vitally important role to play in influencing policy and shaping how devolution can drive prosperity around the UK. But to make the most of the opportunity, as an industry we need to understand that devolution is a means to an end, not an end in itself.

Extra powers will mean nothing if they are not used creatively and cleverly to benefit local communities; that means we need to embrace innovation, enterprise and technology. The experience of London shows that if that happens, the results can be transformative.

Sir Eddie Lister is a judge for the inaugural Lambert Smith Hampton Enterprise Award, which seeks innovative ideas to make the most of the opportunity presented by devolution