Creativity and the housing crisis

The housing crisis, like the NHS crisis, has demographic roots: a growing and ageing population, fewer people living in each household and more people chasing jobs and lifestyles in hot spots. 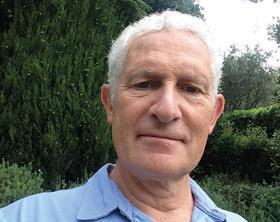 But unlike the NHS, the housing crisis has little to do with shortage of money.

Indeed, governments chucking financial incentives at first-time buyers to win political capital wastes real capital and further fuels the fire of house price inflation. Government money is not the solution. Increasing the supply of the right mix of housing - and in parallel other uses and services in the same places - is the answer.

In areas of demand, within an hour and a half of central London, typical new homes yield a serviced plot value of £100,000-£200,000; let’s say £150,000 on average. Keeping the maths simple, if each net acre provides 15 plots, of which five are allocated to housing associations free of charge, the acre would have a serviced land value of £1.5m: an enormous uplift from agricultural value - an uplift earned simply by the scarcity caused by a restrictive, unimaginative planning system.

Properly shared, this uplift is large enough to pay for the new roads and utilities, the schools and surgeries and the parks, and to subsidise local employment premises and bus services that in the first instance might not be viable. It is also enough to give landowners a profit of several times the current use value and to allow housing associations to provide affordable rented homes and to help younger local residents get on the housing ladder without government or parental assistance. Local benefits for local people.

So how can we release the dynamism and creativity that capitalism should inspire so that land uplift pays for all these benefits? The answer is to take account of the overpriced house market we are in: not to undermine it, but to take advantage of it by changing the popular mindset to development.

The major change in mindset is to recognise that development throughout history has often brought lasting benefits, whether it was draining swamps, clearing forests, building towns with handsome squares, parks and markets, or building canals, roads and railways to connect people.

The planning system needs to use competition to urge developers to offer attractive packages so local politicians can select development that brings benefits, rather than conceding developments that contribute to meeting numbers but offer nothing more. Developers would then become like producers of cars and phones, using creativity to offer the most attractive solutions.

This change is so fundamental that politicians need to signal their readiness for it, otherwise the housebuilding industry will have to continue to claw its way into sites by offering the landowner too much money and from there on in entering into a negative negotiation about viability with local authorities, rather than winning the hearts of politicians with a creative list of benefits.

We need that change of mindset, now. It will give us more and better housing, more jobs and more sustainable communities. It is also our best chance of promoting the economy, maintaining a stable housing market and avoiding a major crash.

This is the third in a series of articles: