Crossrail 2 investment is at a critical juncture

Passengers crammed on to the hot and sweaty Central, District, Circle and Piccadilly underground lines are gasping for the opening of the Elizabeth line. But what about those packed on to London’s north-south routes? 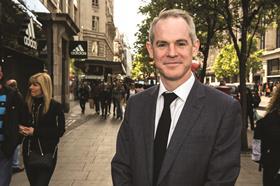 For them, hope lies with Crossrail 2. Promoted by the mayor, TfL and Network Rail, it has public support and the backing of business leaders – and just two weeks ago, the National Infrastructure Commission (NIC) reaffirmed the critical case for Crossrail 2, but also confirmed its view that London should foot 50% of the bill.

Fair enough, the benefits of Crossrail 2 are great – providing 30 new trains an hour to beat congestion and expanding London’s rail capacity by 10%. Construction would support 60,000 jobs UK-wide, with 100,000 more following on opening. It could also support the delivery of 200,000 new homes along the length of its line.

We believe this investment is a small price to pay. Constant overcrowding, long commutes and unaffordable property prices in central London do not signal to the world that we are open for business or able to invest intelligently in our capital’s, or country’s, future.

Successive governments have been painfully slow in taking decisive action to address the UK’s major infrastructure needs. It is concerning that more than two years after the NIC’s first report on Crossrail 2 and 10 years after the Crossrail Act that there is no commitment to a timetable for funding, or a clear plan for the delivery of this nationally significant project.

The void gives me a chance to put forward my view. If government (local and national) get it right, the property sector can more than pay its fair share and make an even greater contribution than it did for the Elizabeth line.

For our part, funding would come from the creation of new places in the West End, which can viably support more enterprise. The building of new employment space to host that enterprise could contribute through development taxes or local retention.

Opportunities could also be easily found in the corridor on Crossrail 2’s route from Victoria to Tottenham Court Road and Euston for denser, mixed residential neighbourhoods and commercial districts. 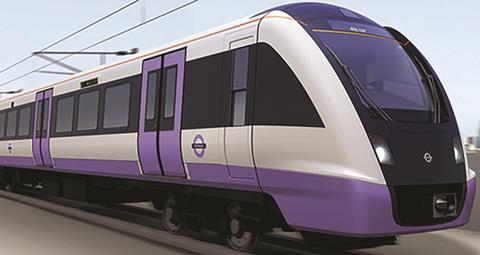 But for these opportunities to be realised, we will need the public sector to commit to growth and to a planning regime that promotes that growth. With that approach, and the stability and certainty it brings, private capital would drive new investment and deliver the amenities and public realm improvements vital to the success of the line and London’s future.

In short, Crossrail 2 is not just an overdue vital transport link but a vehicle for much-needed investment. If government can commit to a funding deal for this new railway, the private sector can respond with new investment, and a greater share of London’s taxes devoted to its delivery.

As the most productive part of the country, the West End has enormous potential to accommodate new places. The Elizabeth line will transform it, but will also create greater access to, demand for and pressure on the area, bringing around 120,000 more people every day – a 40% increase on today.

So we can’t afford to stand still. The West End drives London’s success. London’s success supports jobs around the country and fills the Treasury’s coffers with a third of the UK’s tax revenues. Crossrail 2 can help underpin the UK’s growth at what is a critical juncture both politically and economically.

In all this, we need the government to make a firm commitment to Crossrail 2 and its funding – by the end of the year. The economic case for this vital piece of infrastructure is strong, the benefits are national and the opportunity should be taken now.