Devolution needs to be clear, coherent and confident

Two things have come to define the landscape for property and growth over the past year: the rebalancing of the UK economy; and the rolling back of a regional structure towards a complicated web of new, more local organisations. 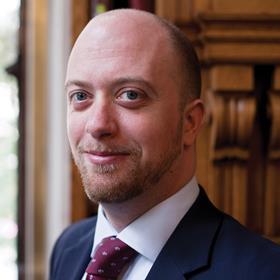 I presented on this at MIPIM UK in 2014 and the slide of interconnecting funds and entities, local enterprise partnerships (LEPs), enterprise zones (EZs), TIFs, city deals, regional growth funds, combined authorities, elected mayors, localisation of business rates and rural growth networks reminded me of General Petraeus briefing Obama from one PowerPoint slide on the campaign in Afghanistan: “Mr President: when we understand the slide we’ll win the war.”

Within 24 hours of the new government taking office in 2015, George Osborne was unveiling a set of new city deals, pointedly from Manchester, and announcing two specific ministers for the ‘northern powerhouse’. The first Queen’s Speech of this parliament of course included the Cities and Local Government Devolution Bill. This has not made things any clearer though.

That is why the RICS is a supporter of the Lambert Smith Hampton Enterprise Award; because understanding what these changes mean, how they will work, how they interact and how to use them to drive property-based growth is absolutely key.

The RICS has called for the government to provide greater clarity for cities looking to get deals and devolved powers. We have argued that a prospectus of powers, mechanisms and funding is needed to help all cities - combined authorities and even counties - understand what is on offer and what they could safely bite off.

Offering some best-practice examples of how an LEP with a strategic economic plan works with a combined authority and draws down powers and funding would help all involved. Careful consideration must also be given as to the measures that will be needed once devolution becomes widespread.

We suggested in our ‘Property in Politics’ paper that LEPs could be empowered to use local insight to assess the merits of planned development projects, targeting regional growth funding onto these. An example of how this could work can be seen in our call for the development of ‘Olympic-style’ city or region ‘delivery partnerships’, particularly for infrastructure.

One major concern for many RICS members is that there is a lack of co-operation across local authority boundaries - a real barrier to strategic housing delivery in the regions. We suggest a clear leadership function to fast-track the delivery of projects in the form of development delivery units, under LEPs or combined authorities. These bodies would help drive the delivery of contracts and enforce the duty of co-operation between regional partners.

Devolution, and the government’s drive to implement it, should be seen as a necessary and positive step forward for the UK and its regions. We are being given a real opportunity to bring about long-term economic and social change.

An article in The Economist (‘Britain’s Decaying Towns’, October 2013) suggested that towns and cities that had consistently underperformed over the past 20 to 30 years - despite regeneration schemes - did not merit any further interventions. “Governments should not try to rescue failing towns,” it said. It typified what we have seen over the past five years; to paraphrase the Greek historian Thucydides, the strong do what they can and the weak suffer what they must.

This process of devolution gives our towns and cities the chance to take hold of their own future and wield powers and funding to a plan of their own devising. Property will be at the heart of these plans.

Jeremy Blackburn is head of policy and parliamentary affairs at the RICS.