Ditch CVAs for BVAs to keep stores turning over

”It’s like kicking a sick dog,” said one young analyst working at a major US fund last week at the Freehold drinks party. 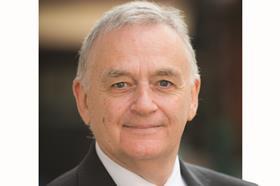 “They can’t rise without help.” We were discussing the inadvisability of landlords putting the boot in to retailers for using CVAs to slash rents.

The full horror of what’s happening is not covered by House of Fraser closing 31 of its 59 stores. Nor the news that John Lewis won’t make a penny this year. Nor that Hammerson has asked McKinsey for help.

Revalue portfolios on anything approaching these assumptions – and blanch. There must be a better way? There is – stop kicking retailers, instead share in their fortune/misfortune.

“We are out of step with the rest of the world”, says Martyn Chase, former president of the British Council for Shopping Centres, now renamed Revo, and ex-senior partner at Donaldsons, now part of C&W. “Retail landlords need to have a proper business relationship with their tenants,” says Chase. “You’re bound to work together if the rent is part based on turnover.” 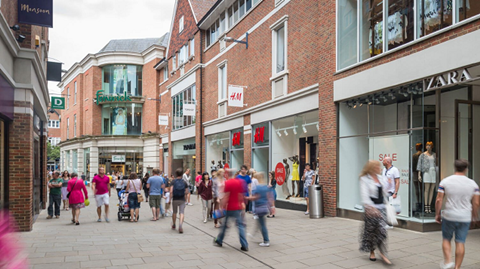 The majority of UK retail leases are fixed lump sums per month, although global retailers like H&M and Zara force landlords to accept turnover-based rents. Might it not make business sense for landlords to offer part turnover/part base rents to all retailers? Better to have skin in the game than to be flayed by a CVA? Head-scratching over the complexities of including online turnover and lobbying for Amazon to be taxed more is fine.

“We are out of step with the rest of the world”

Leave that to Revo – and now the Daily Mirror and Daily Mail. On Monday, the front page of both tabloids screamed ‘save our high streets’. Meanwhile, for landlords, Rome is burning.

Turnover rents are no easy option. Charlie Barke, head of retail investment at Knight Frank, says: “Values could be impacted by 5% to 10% at day one, at least until the turnover income had been proven through several years of consistent trading data.

Which is better? An involuntary CVA, or what might be called a business voluntary arrangement (BVA) based on the long-term interests of the landlord – which must surely embrace the health of the tenant.

The pair had invited this ageing, apprehensive, heterosexual along. My dose of anxiety was of course homeopathic compared with the fearfulness many at the party must have felt at one time or another over coming out to colleagues or employers in a sector that still harbours unspoken prejudice against the LGBT community.

Half a bottle of Nicolas Feuillatte Rosé later, I was relaxed enough to let the glass slip and shatter on to the courtyard floor: fears eased and heart cheered by what felt like a perfectly normal property event.

As I weaved away, I recalled a Giles Coren column in The Times last month. A man whose wit can disguise his depth. I’ve swapped his word, ‘racist’, for my word, ‘prejudice’:

We are. We think prejudicial things all the time but rarely say them. And if we say them, we say them to people who we think are roughly the same level of prejudice as us. Now, the older you are, the more likely you are to think prejudicial things. You might think these things, but you keep them inside. Because we are trying to stamp out that sort of thing. And gradually a new generation will grow up that won’t think them. And then all will be fine.”