What is the key to success when competing against the best on the global stage? 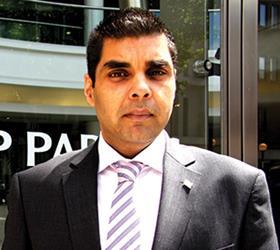 It is a question that England head coach Stuart Lancaster will wrestle with as he contemplates his team’s exit from the Rugby World Cup following their reverse against Australia on Saturday.

As painful as that result was (for England fans at least), the tournament also underlined the fine margins that hold sway in world-class competition: in their tie against Wales, England led for much of the game, could have elected to try and score a penalty kick to tie the match but in the end stumbled as they sought a last-gasp winner.

According to Clive Woodward, the coach who masterminded England’s 2003 world cup triumph, the answer lies in marginal gains – breaking down and analysing every aspect of a team’s performance to find an extra edge: “Winning the Rugby World Cup was not about doing one thing 100% better, but about doing 100 things 1% better.”

It is a theme that we expect Gareth Thomas, who came out as gay in 2009 following a distinguished international rugby career, to touch upon as he addresses BNP Paribas’ Diversity & Inclusion Week, supported by BNP Paribas Real Estate, this week, as the programme of educational and thought-provoking events returns for its fourth year.

For as in international sport, this is now the nature of modern business. Globalisation means that companies are increasingly competing against the best that the world has to offer and as the world shrinks, and business standards and best practice converge, elite performance on the global stage means attention to the finest margins. 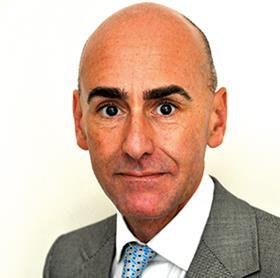 Diversity and inclusion is clearly central to this process. Finding that extra 1% means creating an environment that allows all members of a team to bring the full range of their talent, ability and creativity to bear.

Of course, this is a relatively comfortable conversation to have in London. In countries that take a markedly different approach to religious tolerance, for example, or to being openly gay, the stakes are much greater than a few basis points of productivity.

Global companies strive for a uniform, global approach, but policies designed to promote diversity cannot be easily implemented everywhere due to legal, cultural and organisational challenges. Yet at the same time, global success involves a constant battle to hire and retain the best talent – an option not available to Lancaster, who did not have the option to field international stars such as Israel Folau or Leigh Halfpenny, even if he had wanted to.

Considering this dilemma, and asking ourselves how we can meet our commitment to continuous improvement in an ever-changing global context – where people and capital can move ever more easily across national and cultural boundaries – is central to Diversity & Inclusion Week, which will see more than 70 networking events, workshops and seminars take place across our 13 UK offices.

We will hear from speakers including Kate Adie, Shami Chakrabarti and Lenny Henry, and will consider diversity issues from as wide a range of perspectives as possible as we seek to make BNP Paribas an inclusive environment for all employees regardless of physical ability, age, gender, culture, nationality, sexuality, or family commitments.

Because we are a global bank, the festival will see hundreds of events take place in France, Belgium, the US and across Asia, as well as in the UK, where today (Monday) we are holding our MixCity Global gender diversity conference with testimonies from BNP Paribas staff from across the world.

On the international stage, almost everybody is getting the basics right. What sets the best apart is the rigorous preparation and attention to detail that gives you an extra yard on your opponent. Increasingly for global businesses, as for whoever ends up lifting the world cup at the end of this month, this will mean unleashing the full ability of every member of your team.