So far as the UK property market is concerned, it could be said that the single most important event of 2014 went largely unnoticed. Namely, the long awaited return of domestic institutions back to the market as net investors in real estate. 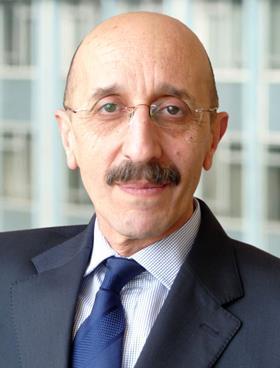 During the year, net institutional investment in real estate totalled £4bn which marked a significant increase on the previous year. Such a renewed appetite for real estate is not particularly difficult to understand:

·         It follows a period of net disinvestment during which much of the activity focussed on the rationalisation and restructuring of existing portfolios rather than increasing allocations.

·         Property yields may appear low by historic standards but they remain attractive compared with other asset classes.

·         Improving economic outlook brings with it the prospect of growing income streams which certainly counteract the effect of low yields.

·         The recent fall in oil prices may not be permanent, but it will help to delay the expected rise in interest rates until well into 2016.

All in all, a set of circumstances which should underpin strong institutional demand through 2015. Of greater concern, though, are the sort of trends that appear to be coming together and affecting the medium term outlook. There is the real possibility of a dip into deflationary territory. There is also the uncertainty which will inevitably emerge in the build up to the next general election and, of course, there is the concern of a possible “all or nothing” referendum in 2017. Leave aside for a moment the economic consequences of a decision to leave the EU, what it will mean for the UK, or indeed, for the Eurozone – I suspect we will still be arguing the economic merits of leaving or staying well past the actual referendum. What is important is the likelihood of 18 months, or two years, of uncertainty, increased market volatility against a background of rising interest rates.

A set of circumstances that could well lead to a dampening of investor activity which may be enough to remove some of the froth and pricing pressure from real estate markets. The impact of such uncertainty and volatility on the weight of capital is of fundamental importance given the fact that it has been the dominant driver of real estate values. Moreover such uncertainty will enhance, once again, safe havens and prime markets where domestic institutions have been largely uncompetitive and expose many secondary and regional markets into which a good deal of institutional capital has gravitated over the past year.