So, another week and another government policy intended to help struggling developers increase the delivery of new homes is rubbished in the national press, as its unintended outcome will be to deliver a windfall to developers at the expense of hard-pressed local authorities. 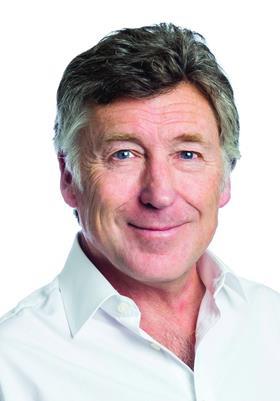 There have been many policies rolled out since 2008, but we are still delivering less than half the annual new homes target (still 250,000 per year, but now about one million behind). Each political party has a housing policy and while these vary somewhat, they all lead with the aim to help first-time buyers and improve conditions for those who rent.

The £2bn Build to Rent fund, £10bn guarantee scheme and formation of the PRS Taskforce were policies introduced to support the development of new homes for long-term rental - well-received but not necessarily getting to the root of the problem. There is already plenty of institutional investment looking for a home in the private-rented sector; however, it is frustrated by policy not doing enough at ground level.

But let’s park that for a moment and look at who needs helping. All parties appear to be concentrating on helping the young (25-34 year olds), with a range of strategies, from Help to Buy at one end and rent controls at the other. Perhaps, to achieve the best outcome for all in the long run, it’s time to spread the support around a bit.

We suffer from the island mentality of ‘our home being our castle’, but in this ever-shrinking cosmopolitan world, should that still be the case - particularly if it involves over-extending oneself? At the risk of sounding old fashioned (or just old), living within your means did not use to include maxing out multiple credit cards while trying to stay on top of a 95% mortgage. What happens if the market slips by 6%? Or interest rates rise faster than expected?

Surprises happen, despite cohorts of analysts predicting every step - I imagine there are a few oil analysts out there with red faces.

We urgently need policies that avoid the risks of over-extension, while getting back to delivering the annual target. Local authorities are, to varying degrees, leveraging their land holdings to fund much-needed affordable homes and at the same time earning long-term income to carry the strategy forward. Developers and housebuilders are delivering more units per year than at any time since 2008, yet still only achieving half the target.

Going back to the point about frustrated institutional investment - the government’s PRS Taskforce has identified more than £10bn of institutional money available (if not actually secured) for investment into PRS. So, at a nationwide average cost of £350,000 per unit, this would deliver 28,571 new homes. That’s all equity, so gearing it up, particularly in this low-debt window, might double the delivery.

However, only a fraction of the £10bn has been deployed, because there is no planning framework that recognises professionally managed long-term PRS stock is more expensive to manage than build-to-sell stock.

While PRS competes head to head for opportunities with the build-to-sell market, it will always come second, and that £10bn - and the government’s funding provision - will remain unspent.

A policy that allows professional PRS landlords to trade section 106 affordable allocation in return for a 10-year commitment to PRS and, in some cases, a rent cap will render most schemes viable, thereby opening the door to the institutions and rapidly increasing the availability of new homes across the country.