Fifty years after gaining independence, during which time it has become a role model for Far Eastern economic powerhouses, Singapore celebrated its golden anniversary this year. But many were surprised that a trip to promote foreign investment there provided the backdrop for David Cameron’s widely promoted speech targeting corrupt foreign investors. 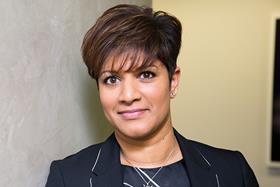 The prime minister’s crosshairs have centred on the backs of dodgy dealers in prime London housing to whom we have “turned a blind eye” for too long.

What might have followed was a sensible conversation about the real scale of the problem and how to manage it. Sadly, the media response has been anything but proportional.

Coinciding with the elevation of the Calais migrant crisis, the resulting furore has seen headlines admonishing the £122bn of foreign-owned English and Welsh property cited by the Land Registry, as if it were all corrupt. But let’s not be naïve in thinking that “dirty money” in the sector is merely to do with foreign investment.

With more than 100,000 property titles registered to overseas companies (36,000 in London), a mere 144 police investigations have taken place since 2004, according to the FT.

We would all agree that criminals’ offshore money should not be welcome anywhere. In that regard, Cameron is right to push the issue.

However, the sense of proportion has been lost and, thanks to the ensuing media storm, you could easily be fooled into believing that every foreign investor is corrupt and forget that the transparent and heavily regulated property market is what attracts investors initially.

This is unhelpful at best and, at worst, could undermine the very fabric of investment. After all, foreign investment underpins everything from trains and planes to water and, indeed, the REITs themselves that have an extensive number of foreign owners.

Legitimate foreign investment can be seen in the City, the commercial property market and most other sectors. Take the Australian-led consortium that recently bought Angel Trains, one of the UK’s big train-leasing companies, or the Canadian pension investors that have bought into High Speed 1, or the foreign investment seen in many of the UK’s airports. While many still sing the virtues of governments having golden shares in domestic infrastructure, most see the benefits in having a rich diversity of ownership.

Varying economic cycles in different regions also allow for a greater balance and reduced volatility. The growth of long-term institutional funding - increasingly from parts of Asia - has unlocked schemes such as Battersea Power Station, which have been stuck in limbo for decades.

This diversity of ownership reduces risk and creates a more liquid market, something that many in the industry want to encourage. Given the government’s and the UK’s need to bring about investment into infrastructure, energy and real estate - there must be a full expectation that some of this investment will come from overseas.

More should be done to underline the benefits legitimate foreign investors bring to the UK market. We must look at the sector as a whole to ensure there is a greater level of transparency and tighter regulations are in place for all participants, to ensure that the UK’s property sector continues to been seen in a high regard across the world.

It would be foolish to bundle corrupt investors (domestic or foreign) with the legitimate foreign corporations and funds that drive much of the investment we thrive off, and Cameron is right to come down on this corruption. But he should be wary of killing off the legitimate golden goose.