If anyone was in any doubt who has the upper hand in the whole DTZ-Cushman & Wakefield deal, they are not any longer - at least not as far as the UK is concerned. 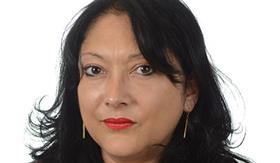 As we revealed on this website on Wednesday, John Forrester is to take the top job of EMEA chief executive, while Colin Wilson is to be head of UK & Ireland and Digby Flower will be chair of UK & Ireland and head of London markets. In other words, both Forrester and Wilson take their current roles at DTZ into the enlarged group while the erstwhile chief executive of C&W’s UK operation assumes a new role, reporting into Forrester… and Wilson.

On paper, it plays to the strengths of the business in different parts of Europe. DTZ is top dog in the UK, while C&W is stronger in the rest of Europe, so it takes three of the four European regional head roles.

But let’s not kid ourselves. In the UK, the DTZ guys are going to be very happy. Some C&W executives, on the other hand - particularly Flower - will no doubt be disappointed. Sure, the new title affords Flower a degree of status and sure, three of the four top regional roles go to C&W people, but all of them will report into Forrester. Who’s the boss? Forrester not Flower, that’s who.

Opinions are mixed on how it will all shake out. Although one senior figure jests he was “terribly disappointed” when he learned of the appointments - because they were so spot on his firm could not now look forward to the field day it might have had otherwise - others are sceptical about the dynamic between the “reserved” Wilson and “hard charger” Flower.

The dust may settle in the short term, but what happens further down the line? Let’s not forget all those King Sturge executives who were ‘merged’ into JLL. After their lock-in periods came to an end, many quit and launched their own companies away from the firm that they felt didn’t value them highly enough. Don’t be surprised if we witness a similar exodus of talent as C&W executives sit tight for a while before leaving for, or even creating their own, pastures new. Or if DTZ’s incredibly powerful backers don’t snap up other firms. Forrester and group chief executive Brett White are two of the most ambitious people in the business and being one of the biggest firms in the world is unlikely to be enough.

More interested in our page four than our page five lead? Then check out our cover wrap to find out what’s in store at this year’s RESI Conference at Celtic Manor
in Wales. Taking place on 7-9 September, it promises to be the best yet and features a host of new elements including a Speakers Corner. For more information and to book a place, visit the RESI website at www.resiconf.com.