Earlier release of rental information would benefit ratepayer and VOA

On 4 January 2015, the Department for Communities and Local Government closed its consultation on the proposed business rates appeal system, coined ‘Check, Challenge, Appeal’. 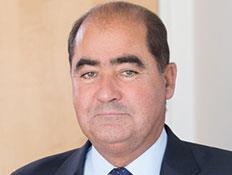 Many professionals, companies and associations, including the Rating Surveyors’ Association, submitted responses. A lot of the commentary has suggested the system attempts to simplify and speed up the current procedures but misses the one vital element: transparency.

The procedures are due to take effect on 1 April 2017. Under the proposed system, once a ratepayer has initiated the ‘Check’ stage, he or she may have to justify challenging his or her rating assessment set by the Valuation Office Agency (VOA) by providing local rental information. The VOA holds most of this information but does not have to provide it until after an appeal is submitted by the ratepayer. This places greater burden on the ratepayer to provide evidence at the ‘Challenge’ stage without knowing what information the VOA has relied on to arrive at the assessment.

Where is the fairness for a ratepayer to determine whether their rating assessment is correct and how can they propose an alternative figure without this information?

The rental information needs to be made available at the ‘Check’ stage as part of the new appeals process, which will benefit both the ratepayer and the VOA. I believe this level of transparency will cut down the number of appeals because the rating assessment can be more easily justified.

It is also proposed the ratepayer will have to pay a fee to submit an appeal after the ‘Challenge’ stage. However, at the ‘Appeal’ stage introducing new rental information is at the VOA’s discretion. This may discourage ratepayers to submit an appeal as the fee is non-refundable for unsuccessful cases and it is unclear whether it will be refunded if the appeal is only partially successful.

Finally, while on first glance the proposal seems to be a step in the right direction, it will not necessarily speed up appeal resolution. It is proposed that the VOA can take up to 12 months to respond to the ‘Check’ request stage and the ratepayer will then have four months to challenge their assessment. The VOA will then have up to 18 months to respond. This clocks up to almost three years - an unacceptable time period. These timelines could be reduced with increased resources for the VOA.

In summary, transparency - earlier access to rental information to determine whether an assessment is fair - and reduced timescales need to be incorporated into the procedures in order for the ‘Check, Challenge, Appeal’ system to work successfully.

Peter Chapman is partner - head of rating and compensation at Cluttons