Earth Day 2016: property companies should lead the way on sustainability

Today is a momentous day. More than 150 countries will sign the Paris Agreement on climate change at the UN headquarters in New York. 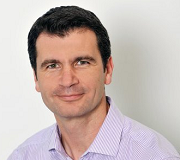 What makes this ceremony momentous is that the agreement represents a seismic shift in the global attitude towards the task in hand, beyond political posturing to a scientific, evidence-based response to the climate challenge we all face.

Against the political and economic odds, we will look back on 2015 as a critical turning point. The year when countries looked into the future and overturned the legacy of failed climate negotiations in Copenhagen.

Strange then that the UK government decided to drop the world-leading ambition for all new homes to be zero-carbon from this year – a target admittedly set by a Labour housing minister back in 2006, but which had survived countless subsequent ministerial reshuffles and even two changes of government.

Stranger still that the same UK government, in the wake of the Paris deal, has recently committed to go even further and enshrine an economy-wide zero-carbon target in forthcoming legislation.

So what should we, the property and construction industry that has watched the waxing and waning of green policy over the last decade, make of all this? It’s tempting to say that we should ignore the politicians and simply get on with the job that needs to be done.

The old days of incremental improvements to building regulations have edged us forward, but haven’t got us anywhere near where we need to be –especially when we look at the actual rather than notional performance of our new, let alone old, buildings.

Let’s be clear, it’s too late to prevent climate change. We’re in the game of limiting it to broadly acceptable levels of global temperature increase – around 1.5º –to sustain human life as we know it.

But we are also in the game of adapting and building-in resilience to the already inevitable changes in our climate. Even the most conservative scenarios signal a significantly increased frequency of extreme weather events and unpredictable seasons – be they hotter, colder, wetter or drier –all of which will impact the viability and the value of our built environment.

A decade ago a group of far-sighted companies from across the industry came together to create the UK Green Building Council - an industry-led campaign for a sustainable built environment. I was proud to be its first CEO. The very first thing that its founding property company members, including Lendlease, did was to recommend to government that it set a new target for all buildings to be zero-carbon within 10 years.

Why did these property companies want to do something akin to turkeys voting for Christmas, I asked? The answer was simple: because this journey is inevitable, and it’s better to lead than to be dragged into action. Companies that are ahead of the curve on sustainability will be able to drive the greatest value for their shareholders, as well as society.

At Lendlease, we’re focused on creating places that are genuinely fit for the future. That means homes which are built to very high levels of energy efficiency, in ways that will resonate with our customers’ priorities. That’s why we’re investing in research to develop ‘zero-energy-bill homes’ and supplying communities with net zero-carbon energy.

Our major regeneration of Elephant & Castle is one of three Lendlease schemes that have signed up to the global C40 ‘Climate Positive’ commitment, meaning that this development comprising 3,000 homes, retail and other amenities will be ‘carbon positive’ in its first full year of operation, setting an example for major cities around the world.

Sustainability is quite simply a matter of meeting peoples’ needs – our customers’ needs – in the future. They want and expect places to live and work that are genuinely fit for purpose for decades to come. In other words, fit for purpose in an ultra-energy-efficient, zero-carbon world. That’s a big deal for the property industry to get its collective head around.

Paul King is managing director of sustainability at Lendlease