Over the course of the past year, we have become accustomed to surprising results and changes to the status quo. It might, however, be a little wishful to think that the ship has steadied. 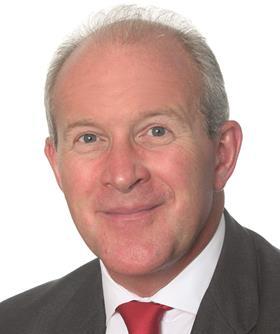 The byword for much of the past 12 months has been ‘uncertainty’ - and this is perhaps the one thing that we can be relatively certain will continue into the year ahead.

The challenge for our economy and for the property market is that uncertainty is often the stimulant for value erosion at the top of a cycle but can equally be the opportunity for the greatest gain at the bottom.

When investment falters, not through knowledge of a specific detriment, but due to a lack of knowledge, then value is often lost. Property investment transactions have fallen off 25% since the EU referendum and this is symptomatic of a wider trend across UK businesses.

However, those transactions that did proceed suffered little loss of value - and we should take heart from this.

In spite of the fall in sterling (the only significant tangible effect of the vote so far), the UK economy has proven itself to be remarkably resilient. Our position as a world-leading country with a proven track record of reinvention has doubtless had a part to play.

We should, however, expect this capacity to be tested further in the months ahead. During this time, we will gain greater clarity on the UK’s relationship with the EU, which will give UK industry the opportunity to assess and react, with possible consequences for occupancy and investment in real estate.

There will be opportunities for those making brave decisions

The headwinds of inflation and weaker growth will be important forces. But similarly, we should not take our eyes off how our world is changing in a wider context. Geopolitical instability stands at its highest level for some time, while technological progress has the ability to effect widespread changes to society, not all of which will be welcome.

Yet, with uncertainty comes opportunity. As Warren Buffett wrote in his recent letter to Berkshire Hathaway shareholders: “First, widespread fear is your friend as an investor, because it serves up bargain purchases. Second, personal fear is your enemy.”

These are sage words - and there will undoubtedly be opportunities in the year ahead for those willing to make brave decisions. Examples have already been seen in Dyson’s commitment to a 10-fold expansion of its UK footprint, Amazon’s growth in the UK and AXA and its development partners’ decision to push ahead with 22 Bishopsgate (pictured).

At the heart of opportunity lies innovation and a willingness to lead change rather than be led by it. As the challenges facing our clients change, so we at Cushman & Wakefield are adapting and investing proactively in the future of our business. This comes through a relentless curiosity about our collective futures and a willingness to challenge dogmatic views on issues such as diversity, but also more fundamentally on the role of the agency practice in the modern age.

Change for all of us in the coming years is inevitable, but it is our response to that change, rather than the change itself, that will mark our fortunes. As Stephen Hawking once said: “Intelligence is the ability to adapt to change.”

Or as Tom Peters remarked: “If you’re not confused, you’re not paying attention.”

Colin Wilson is head of UK and Ireland at Cushman & Wakefield