Enduring the painful slowdown to the election

One of the most popular phrases used about the election must be: “I will be glad when it is over.” 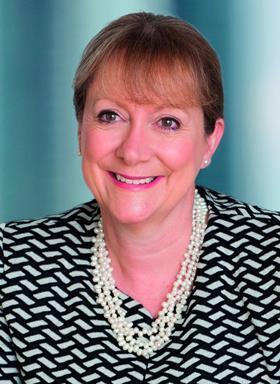 There seems to be no relief from the party political commentators. I am not going to add to the cacophony by analysing the parties’ manifestos and their potential impact on our industry, but here are a few observations about the impact of the election (or should I say elections, as we have both general and local in many areas) on the property market.

Housing is leading the property issue being discussed. The solutions to the shortage and rising price of housing have featured in all the main parties’ manifestos and rightly so, but while the numbers of homes politicians say are needed varies, certain proposed policies are having an impact now. The uncertainty around the possible introduction of Labour’s mansion tax is having a dampening effect on higher-value homes, particularly in London.

This market has seen great growth and we might have expected to see a cooling. Some might say that’s no bad thing, but for those developers with just a few stock homes around the price bracket at which mansion tax could be introduced, it is painful as sales stall.

The second effect is the slowdown in the pace of leasing in the commercial sector. The corporate investment indicators have been strong but the phrase “they will not want to commit until after the election” is regularly used in letting meetings. The strong economy is supporting businesses. However, a move is a big capital commitment that, in many cases, is being put on hold until the outcome of the election is known. Only in areas where there is a shortage of space is it being ignored.

The third issue is the impact the election is having on planning approvals. The general election coincides with local elections in some areas and while this would usually involve one meeting being missed, even some uncontroversial plans have been deferred by up to four months.

The real-estate team at RBS has been planning and developing housing sites all over the country to help improve liquidity. In many cases, we are changing consents to make them more appropriate for the community, through initiatives such as converting flats to family housing, for example.

We have seen planning departments virtually shut down in a number of areas. Although there is a desperate need for housing or amenities, politicians and officers have been reluctant to take forward even the least controversial schemes for fear of alienating voters. Good housing schemes need support regardless of the point in the election cycle.

The one thing most cautious investors crave is certainty and over the longer term, property has often given less volatility than equities, but with less liquidity. In this election, fund managers have been quizzed extensively on their approach to equities, which range from doing nothing to election-proofing their portfolios from certain UK stock, such as utilities, transport and even property companies. There are those who advocated total exit from the UK equities market. However, property transaction costs and liquidity prevent property fund managers acting in such a short-term manner.

I predict the impact of elections on real estate will continue to increase; still, it only takes place every five years and we can plan for it. People’s perception of the election will be similar to the way they see August, when nothing much is supposed to happen - or will it? With minority governments and coalitions and pacts, this uncertainty may be the new norm.

Helen Gordon is global head of real-estate asset management at RBS Restructuring. These are Helen’s personal views and do not reflect those of RBS.