Although the macroeconomic recovery in Europe is uneven, it is still an attractive logistics real estate market and we approach 2015 with cautious optimism. 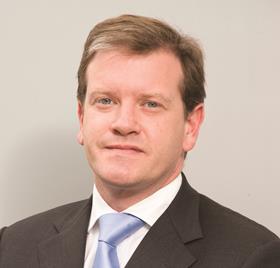 Although the macroeconomic recovery in Europe is uneven, it is still an attractive logistics real estate market and we approach 2015 with cautious optimism.

In the occupier markets, southern and central Europe have been lagging. However, in the UK and northern Europe, there has been a strong performance, with limited supply and stable demand leading to rental rate growth and providing an opportunity to develop, even speculatively, on a select basis. Occupancy in key logistics hubs is high — above 95%.

Across Europe as a whole, demand has improved and net absorption for 2014 was on pace to reach the highest level since the crisis began. While net absorption figures for 2014 have yet to emerge, in Q3 2014, occupancy levels increased for the 11th consecutive quarter, driven by low levels of new supply.

Development activity remains low. While build-to-suit activity has accounted for the majority of starts in recent years, there was a modest amount of speculative development in the second and third quarters of last year. This activity was concentrated in the stronger markets including the UK, northern Europe, the Czech Republic and Poland.

The reconfiguration of the supply chain continues to drive demand for logistics real estate. Demand is beginning to recover in some of the lagging markets, particularly in Spain, and we have received a number of enquiries from companies looking to expand.

The effect of ecommerce

The growth of ecommerce is another increasingly significant driver of logistics demand. Our research finds that ecommerce users require three times the logistics space, or more, of brick-and-mortar retailers. Ecommerce customers represent more than 10% of all leasing today, up from less than 5% three years ago.

Investor demand remains robust. Driven by improving operating fundamentals and competition among buyers, values rose and cap rates compressed in Q3 2014 for the sixth consecutive quarter. While cap rates have declined and are closing toward prior cycle lows, their spread to 10-year government bond yields is high. The current cap rate spread is nearly 500 bps, materially above historic levels, which ranged between 250 and 300 bps during the last cycle.

That said, the speed of cap rate compression has begun to close the acquisition window in some markets, such as the UK and northern Europe. I believe the best opportunities to acquire at attractive prices will be in markets in earlier stages of recovery, notably in southern Europe.

The speed of cap rate compression is also causing a headwind to rental growth - as cap rates come in and valuations go up, developers do not need as much rent to justify new projects. I expect rents will continue to grow but the tail of the recovery will be longer. And this rental growth will be broader this year, with more markets experiencing effective and headline growth.

In the UK the focus is on development. Leasing activity is strong, there is a limited supply of high-quality facilities in prime markets, occupancy levels are high and rents are growing, which has laid the ground for a prudent programme of speculative development.

Prudence is our watchword. We only start developments if the replacement-cost rents - which factor in vacancy rates and structural drivers such as construction costs, land values and cap rates — warrant them. Also, our developments are generally on land we already own, and where we have already developed, so we understand the market and customer demand. Such understanding will be crucial over the next year.