House of Fraser, Poundworld, New Look, Mothercare, M&S, Select – the list of high-street store closures or collapses grows by the day. Observers of the retail sector say it is the most brutal retrenchment of the industry they can remember. 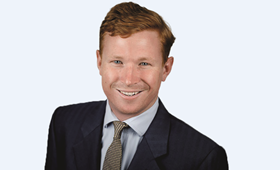 The cause – competition from online shopping, exacerbated by rising prices and weak wage growth – is well documented, but the solution to the high street’s woes is more elusive.

The crisis in high-street retail is matched by the similarly intractable issue of the UK’s housing deficit. We are not building enough homes for our growing population. However, there is a way to make inroads into alleviating both these critical problems: the government should extend permitted development rights (PDR) into the struggling retail sector, and to the high street in particular.

With sites for residential development increasingly scarce, developers have, in recent years, focused their efforts on converting obsolete office buildings to residential accommodation without the need for planning permission. This has ultimately resulted in a significant amount of redundant office space being absorbed into the residential sector, alleviating, in part, the UK-wide problem of housing shortages and oversupply of vacant secondary office space.

It was predicted at the outset of the government’s 2013 planning law change that the deregulation authorised via PDR would have a minimal impact on the UK’s urban environment, with forecasts for only a small number of applications. However, since 2015, when PDR was made permanent, approval has been granted for office conversions into around 30,500 homes in England. This amounts to approximately 8% of new homes nationally. In some parts of the country, such as Stevenage and Three Rivers, PDR has delivered around two thirds of all new housing.

However, despite the positive side effects of urban regeneration, the conversion of offices to residential without the usual planning constraints has resulted in PDR coming under increasing scrutiny. Some councils have become nervous about the negative impact on the economic future of traditional office locations and are already trying to stem the flow of office conversions by withdrawing such rights under Article 4 directions, to the extent that they are now consulting on the permanent removal of office-to-residential rights.

With councils pressuring to bring an end to PDR from office to residential, the argument for the government to introduce PDR to the high street has never been more compelling. Where an oversupply of vacant secondary office stock has been resolved, PDR can now come to the rescue of the high street, not only reducing vacancy but also injecting life back into our perishing town centres, making them once again a thriving focal point for social and business life. This is an idea that has already been mooted by Theresa May. 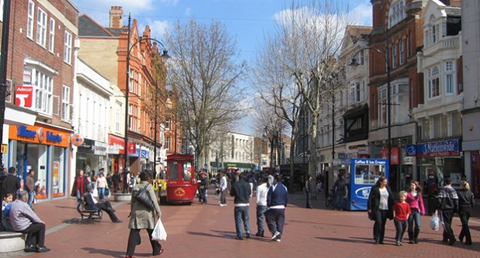 PDR could help regenerate high streets across the country

Where councils have also been critical of the absence of section 106 and community infrastructure levy contributions under office-to-residential PDR, town centres already benefit from good-quality infrastructure, transport and community amenity space, meaning new residents will be better serviced than they would be in more peripheral office locations.

In some instances of office-to-residential projects, developers have converted offices in unsuitable locations, compromising quality in return for profitability. What’s more, as high-street retail units tend to be significantly smaller than offices, the impact on affordable housing contributions – not required under office-to-residential PDR – will be far less severe.

The transfer of PDR to retail could have wider implications. As more people move into town centres, it seems reasonable to imagine that unwanted retail and leisure space, not converted into residential, will start to be re-occupied by businesses, reinstating town centres as the heart of the community.

This could signal the dawn of a new day for town centres, as councils, landlords and occupiers embrace the popular ‘work, live and play’ ethos and reinvest in the high street, reinvigorating it as a complete community hub incorporating housing, leisure, business, health and education. When life gives you lemons, make lemonade – let’s extend PDR to retail and save our high streets.