For every struggling retailer there's another succeeding

Amid high street gloom this autumn, one Financial Times article on retail property in the US caught my eye. 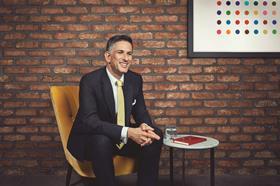 Surely I’m talking about another prediction of failure and falling values, warning of further problems over here in the UK? Headlined ’Landlords push up US retail rents to post-crisis highs’, the 28 October piece by FT correspondent Alistair Gray in New York told a totally different story.

Gray explained that “in spite of the competitive onslaught from Amazon”, asking rents in cities such as Miami have risen more than 10% in the past year and that according to CBRE research “the proportion of mall units either vacant or coming up for lease declined for the first quarter in seven”.

The article also quoted Jim Costello, senior vice-president at Real Capital Analytics: “There are clearly some dog assets out there, but it’s a story of winners and losers… there is all this negativity around retail but not every property is going through that.”

Yes, business rates are a burden, but for every retailer with a poor or static business model complaining about rates, there is another that is succeeding, that may have seen its rates fall in the latest revaluation and sees opportunity where others are failing. 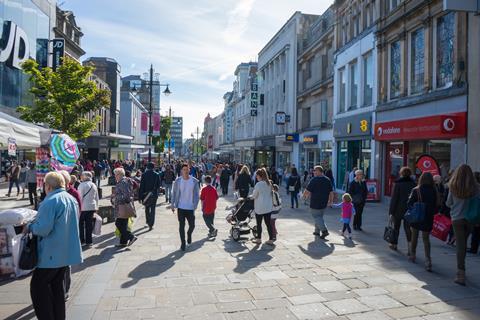 Ecommerce now accounts for 18% of UK retail sales, but that still leaves 82% and billions of pounds every year being spent in shops.

That also meant it was no surprise when Bloomberg recently reported that Amazon was planning to open 3,000 cashierless stores, signalling a switch to a multi-channel approach.

Where we are seeing a disconnect then is in smart investor and developer clients buying well-configured retail property in good locations at 9% to 10% yields. Strip away all the sentiment and emotion and there is certainly value to be found in the sector, caveated with the fact that not all high-yielding retail will make sense.

On town-centre improvement, there are also some interesting indicators coming over from the US, which has traditionally led the UK property market by 18 months. Less than 6m sq ft of new retail space was built in the third quarter in the US – down from 42m sq ft in the same period in 2007.

Retail development has also plummeted in the UK, but what will happen once empty floorspace is converted to other uses and secondary retail is taken out of use?

Chancellor Philip Hammond signalled in his 29 October Budget that he would be freeing up the conversion of shops to homes and we have already seen how town centres have been transformed when permitted development rights allow the conversion of offices to homes.

With office supply reduced after the conversion to homes, regional office rents have started to rise again. Why shouldn’t the same happen to the best UK retail property?

Returning to the US, Las Vegas is my favourite example of how competitive instincts can create a vibrant future for any place. Most leisure resorts in Vegas do the same thing, but through tough competition they all constantly reinvent themselves and the strongest continue to thrive. Strategy for real estate is considered alongside the wants and needs of consumers and there is an understanding that the lines between real estate and experience are increasingly blurred and related.

UK real estate is no different and at Investec Structured Property Finance we are still keen to back the most entrepreneurial and creative players in every field – even in retail property. Our ethos is to support innovators as well as established investors and developers, in good times and bad.

Adam Jaffe is a banker at Investec Structured Property Finance