Foreign exchange: opening the new OMERS office at the Cheesegrater

Last night, we welcomed more than 200 of our industry friends from real estate, infrastructure, private equity and public markets to celebrate the opening of the new OMERS office at the Leadenhall Building in the heart of the City. 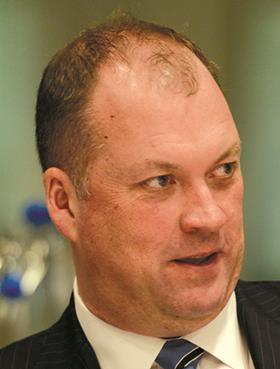 I had the privilege of opening the original OMERS office in London in the autumn of 2008 as the first employee of our business in London. At that time, after 10 years in the firm, I was asked to move from Canada to help expand our global footprint to include the UK and continental Europe. I very quickly learned that it was definitely the first day on a new job.

Fortunately, given OMERS’ sponsorship, reputation and balance sheet, and perhaps due to the fact that we were ‘nice’ Canadians, we were welcomed to the UK with open arms. Little did we know what challenges were in store or what the years ahead would bring.

I was reflecting on some of the things that have happened in the world over the past seven years in February as we packed up to move from New Street Square to the Leadenhall Building. Together we have (mostly) weathered the 2008 financial crisis, the ensuing euro debt and monetary turmoil and last summer’s Asian stock market correction and oil price collapse.

We have watched President Obama’s initial victory speech with great optimism, only to see partisan politics result in his administration delivering a fraction of what we had hoped for. We have had two general elections in the UK, the latter of which, although won by a majority, is at significant risk of crumbling in the event of a Brexit vote.

We have seen mayors of great global cities come and go, with good examples such as New York’s Michael Bloomberg overshadowed by Toronto’s Rob Ford and London’s Boris Johnson; had a narrow miss on the Scotland referendum the first time, which is almost certain to be back for another go; and witnessed the greatest level of global geopolitical uncertainty since the Second World War, coupled with the rise of terrorism.

Despite all this change and uncertainty, the sun continues to rise every day and not only have we celebrated ‘our’ Queen’s Diamond Jubilee since I have been here, this week we will celebrate her 90th birthday. What an amazing leader through good times and bad. Notwithstanding a tumultuous seven years, OMERS too has done quite well.

Today the combined businesses have more than $C20bn (£11bn) invested in the UK and continental Europe. We have been able to take advantage of market opportunities and establish relationships that have led to great investments, with returns that have been the highest in our global business for several years.

Credit goes to our board and senior leadership for a bold strategy that has proven the merits of diversification outside Canada. I am proud of the team we have assembled and the portfolio, partners, platform and performance we have created. I am also excited we are now located in such a great building, which we developed alongside British Land. It is the perfect location for the next chapter in our journey.

We thank our friends for making the first seven years a success. We definitely could not have achieved anything without your trust, encouragement and partnership. For those who were not able to join us last night, please come and visit - it is a pretty nice view of London and beyond from our new office at The Leadenhall Building and I could definitely use your help on my next first day on a new job again!