Funds for growth in Greater Manchester

Greater Manchester is a hive of development activity and there is more to come. 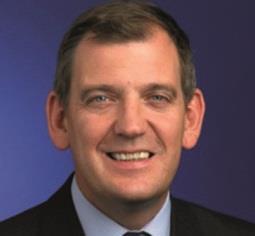 After years of growth as a region, as well as successes including the 2012 City Deal, the 2014 Growth Deal and the subsequent devolution deal, the Greater Manchester Combined Authority (GMCA) is now armed with a selection of funds ready and waiting to invest in more growth opportunities.

At the moment, the Greater Manchester city region generates more than £54bn a year, which is more than 5% of the national economy. In the last decade, this figure has doubled, as has the number of jobs the region holds in the professional, scientific and technical sectors. Manchester has the largest financial and professional services sector outside London, as well as a growing knowledge-based economy including a strong digital, creative and media base - the second largest in Europe.

Significant transport investment over the last few years has boosted the employment market even further. The current round of Metrolink investment is nearing completion, with further expansion announced. Following the recent Budget, we have high hopes that the government will push forward with both HS2 and HS3.

However, the region continues to be undersupplied in property to house this strong growth, both in terms of commercial and residential units. In response, the GMCA has in operation a number of different funds to kick-start schemes and create an environment in which businesses can prosper.

So far, GM business funds have made £68m of investments across a variety of sectors including digital and creative, manufacturing, engineering and services. These funds invest between £500,000 and £5m in any one transaction and are specifically aimed at creating jobs by investing in companies looking to expand. To date, more than 2,400 jobs have been secured, a figure that is expected to increase to more than 4,000 during the life of the fund. In response to the demand, the fund has been extended by another £20m, which will enable us to continue to invest at our current level while loans start to be repaid.

The GM Growing Places fund, meanwhile, which is aimed at unlocking property and infrastructure projects, has so far supported a number of schemes including Cutacre, a distribution hub in Bolton, and Partington, a mixed-use scheme in Trafford. This fund, along with Evergreen, has further investment capacity and is open to new applicants.

There are a number of investment criteria we adhere to. First and foremost, projects must demonstrate a clear link to job creation. We also consider the track record of the management team and the likely exit route for our finance.

Post-recession, these funds are vital to bridging the gap between what the private sector is willing to offer in terms of debt finance for development and what developers and businesses need in order to take projects forward. Banks are no longer offering the loan-to-value terms that they were four or five years ago, even though in most cases there is good security available, so it is our job to step in. By providing the bridge we are far more likely to deliver schemes - in certain cases, without our funding, these schemes wouldn’t have happened at all.

There are already a number of success stories that our funds have enabled. Take Citylabs, developed by Bruntwood, which provides 94,000 sq ft of bespoke biomedical facilities in its first phase. This scheme was made possible due to a £9.5m loan, half of which was provided by Evergreen and half by Lloyds Bank. The funding for this scheme has now been repaid and can be reinvested in further redevelopments.

All funds are recyclable in nature and we fully expect to continue to invest and reinvest in the region over the coming years, creating even more jobs. Though we do expect the private sector to become more open to development funding over the coming years, it’s unlikely to reach such a level that funds such as these are not needed.

If private sector investment does increase, we have a flexible investment strategy as different geographical areas and sectors have different needs. For example, if investment in Manchester continues to increase, funds such as Evergreen could offer mezzanine as opposed to senior debt. Outside Manchester, there are likely to be continued opportunities for schemes that need funding on a senior level. The key to the funds’ continued success is to go where there are gaps in the market.

A key element of our strategy is to provide further funding for new infrastructure-focused financial instruments. While proposals are under discussion, Evergreen 2 is likely to provide £70m (£50m of which will go to Greater Manchester), and a £15m Low Carbon Fund will also be deployed in Greater Manchester. The debt funds, which will have a typical tenure of three to 10 years, are expected to open in early 2016 and will be managed externally. These complement the £300m Housing Investment Fund that went live last month and we aim to create at least 15,000 homes in Greater Manchester over the next 10 years.

Overall, our ambition is for Greater Manchester to become a financially self-sustaining city, sitting at the heart of a Northern Powerhouse with the size, the assets, the skilled population and political and economic influence to rival any global city. This joint ambition with the government has positioned infrastructure at its heart and places Manchester at the centre of a globally connected metro area, significantly reducing journey times between the airport, Manchester, Leeds, Sheffield and Liverpool.

We are hugely optimistic about our future as a place to invest.