It was all rather déjà vu. 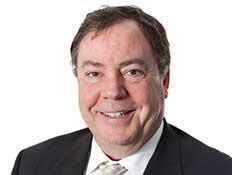 The recent Queen’s Speech by the first truly majority elected Conservative government since the 1990s seemed to show it was once more channelling the Thatcherite concept of home ownership for all, with its recent announcement of an extension to Right to Buy for housing associations.

It comes at a time when we are perhaps seeing a change in the conversation taking place among housing commentators regarding the patterns of house ownership. Their musings could well be highlighting a fundamental shift in our understanding of how, where and what type of housing is needed for the future. In this way the latest announcement from the government may be strangely misplaced.

Indeed, home ownership is decreasing rather than growing. In the 1970s we saw the numbers renting and owning reaching levels of parity for the first time. This was the precursor to the age of Margaret Thatcher as prime minister, when a decade later owning a home was presented by her as one way of jumping social classes. So by 2001 home ownership had reached a peak of around 69%.

Since then it has fallen back to 64% and there are signs that this will decrease further. We are now in the era of ‘generation rent’, with a ‘pay as you go’ property mentality. It is argued that of course today’s potential homeowner still wants to buy but cannot get a mortgage or deposit.

Is this too simplistic a view? The statistics show house ownership has not just dropped in London, the South East or even exclusively in the UK. It has dropped all over the world: in Japan, Ireland, New Zealand and Australia, the list goes on. These countries do not face the same challenges as the UK and yet ownership is still dropping.

There are a number of reasons for this. An educated workforce used to renting at university does not necessarily want to be tied into a mortgage. Job security has all but disappeared and with it the need to be shackled to a single property in a fixed location for 25 years. Divorce rates have risen and people may not have the resources as a single entity to buy and maintain a property. It is not just about being able to afford to own; it’s about changing desires.

Therefore, it is with some irony that a new Conservative government is harking back to a policy that may have been right for the 1990s, but may struggle to resonate with its core vote in 2015.