The Chancellor’s Autumn Statement announcement that new fibre optic broadband infrastructure will benefit from 100% business rates relief for 5 years is welcome, but long overdue, and purely a short-term fix. 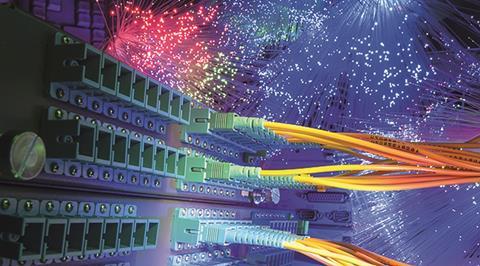 Casting my mind back to 25 years ago, GVA challenged the Government on whether business rates were properly chargeable on fibre. The case was headed for Tribunal but was dropped in the pre-hearing conceding that fibre was not rateable.

Despite this, Government later reversed the decision and from here, the real problems started. Fibre was expensive, although shortly after the dot.com crash rents were set on a steep downward trend, which incurred two problems.

Firstly, as the tax base is assessed two years in arrears and remains in force for a further five, the assessment relates to prices that are two to seven years out of date - an eternity in telecoms. Secondly, the assessment is based on a price per kilometre, so the more remote a community the greater the tax penalty. This has been one of the biggest barriers to broadband roll out in rural areas.

Philip Hammond’s announcement begs more questions than it answers, with two particular issues that need to be addressed. Firstly, in order to incentivise operators to lay fibre in un-connected places the tax break should apply to newly constructed routes.

The details of the tax break will only be enacted in late 2017 and backdated so we could see a pause in rollout until the qualification criteria are known. This sets everyone back a year.

Secondly, there is much dormant fibre already in the ground – so called dark fibre. Applying the tax break to operators who ‘light it’ will incentivise service innovation. This may not be government thinking, but it is essential; particularly regarding Ofcom’s proposal to make BT’s dark fibre available to competitors.

Without the same tax break, competitors will be taxed more heavily than if they lay their own new cables. That would cause delay, be an expensive waste of resources and undermine Ofcom’s drive to open up BT’s infrastructure to competition.

Government’s decision 25 years ago to tax the very thing they were trying to promote has set the UK back many years. A tax break is obvious, but overly fussy rules will again defer unlimited broadband at a time when the UK needs to be ultra-competitive.

Colin Sharp, senior director and head of telecoms at GVA