When the chancellor stands up to present the Autumn Statement, he may well update us on the latest achievements of government-owned real estate and plans to make better use of the £300bn of property. 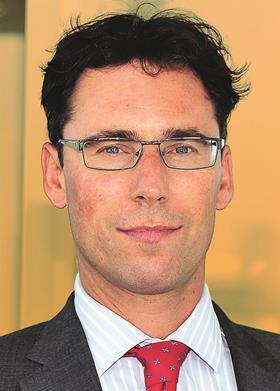 Since the Government Property Unit (GPU) was formed in 2010, land owned by central government has shrunk by 336 football pitches, with £1.8bn raised from sales. This is an achievement but there is still some way to go, so it might be useful to look to the private sector to test the government’s direction of travel.

EY recently partnered with the RICS and Savills to produce a corporate occupier survey that provides an insight into the latest private sector trends and sentiment. It finds that 33% of businesses expect to expand their property over the next five years, with the fastest growth in the South East and the Midlands, followed by the north.

This contrasts with the government’s ambitious plans to save more than £2bn by reducing its offices to 20 hubs in core cities nationwide and encouraging collaborative working between departments. 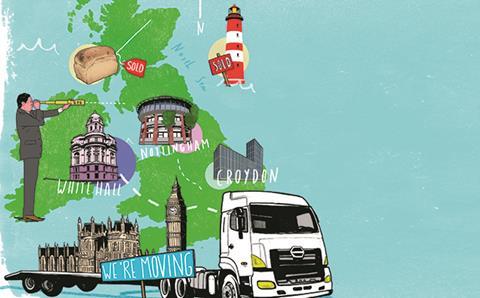 Getting to the hub of the matter: the government is targetting operations in 20 cities nationwide

It’s not surprising that the most important reasons for businesses in reconfiguring their portfolios include quality and accessibility of property, as well as responding to business change.

The Cabinet Office’s One Public Estate (OPE) is also changing the way the public sector delivers accessible services, as well as stimulating jobs and housebuilding.

Last month, the government announced an expansion of the OPE and full bids for the latest phase are due this December. In London, there has been huge interest in sharing property to facilitate health and social care integration.

Commercialisation is another trend taking a hold within local government, fuelled by the low-interest-rate environment, which is making borrowing cheap and returns on deposits ultra low.

For example, Woking council is considering investing £400m in a town centre enhancement that would bring high-quality retail, as well as providing PRS apartments and hotel beds. Dozens of councils are also considering or have set up housing companies. 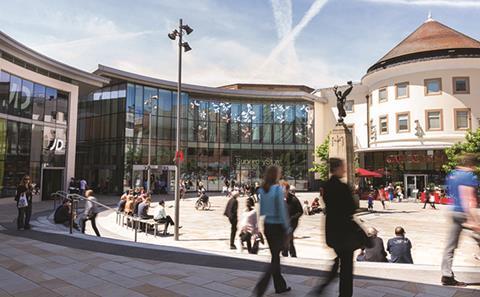 Woking Council has ambitious plans for the town centre

If the chancellor does reflect on how estate management initiatives by the government are already affecting jobs, housing, deficit reduction and better health and public service provision, he may like to look to the private sector as a point of comparison.

The twist, however, is that the average space per government employee has, according to the GPU, already fallen below the UK private sector average.