Business rates are a tax on the occupation of non-domestic property that must be paid on most commercial premises including shops, offices, pubs and warehouses. 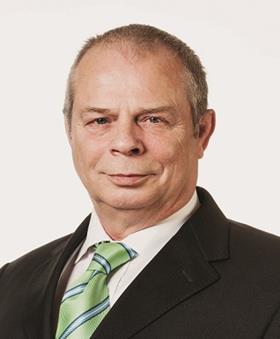 Unfortunately, they are also a tax on unoccupied properties, with rates on empty properties charged at the same level since April 2008. This presents a major cost burden for property owners when there is no rental income coming in to cover them, hitting businesses large and small. Many of Camelot’s clients have been affected, with some having paid hundreds of thousands of pounds per year on large commercial buildings standing empty.

Of course, not all premises are subject to empty property rates and there are various reliefs available, if you know how to claim them. But keeping up to date with the latest legislation can be a time-consuming challenge for owners of empty properties. There is no one-size-fits-all solution, so it is important to take advice from a legitimate ratings expert and ensure that appropriate research has been carried out before a mitigation solution is implemented.

How rates are calculated

Since 1 April 1990, the Valuation Office Agency (VOA) has compiled a rating list for each local authority every five years, under which properties are assessed and a rateable value calculated. This rateable value is an estimate of the annual rent that would be paid for the property at a fixed date two years prior to the beginning of the list. Annual bills for business rates are calculated by multiplying the rateable value of the property by the Uniform Business Rate multiplier, which is set by central government.

The current rating list came into force on 1 April 2010, and although new rating lists are normally created every five years, the next revaluation is not due to take place until 2017. The government postponed it in order to provide certainty for businesses - business rates are the third-largest outgoing after staff costs and rent for many local firms - and to provide certainty of government tax revenues, so that the total sum of business rates payable increases in line with inflation.

Some types of property are exempt from business rates, such as farm buildings and land (excluding buildings used as offices or for other business activities), fish farms, places of public religious worship, including church halls, and buildings used for the training or welfare of disabled people.

Some properties are eligible for discounts on business rates. These fall into five categories, applying to small businesses, those in rural areas, those starting up or relocated to enterprise zones, properties used wholly or mainly for charitable purposes, and retail properties with a rateable value of less than £50,000.

Empty buildings are exempt from business rates for three months, after which most businesses must pay full business rates. However, there are instances where some properties can obtain extended empty property relief. These include:

Changes of ownership do not trigger a fresh three/six-month exemption because the exemption applies to the property, not the person paying the rates. Short-term occupation of the property (of less than six weeks) by, for example, a tenant or licensee during the three-month period will be ignored.

A property may also be removed from the local rating list if it is not capable of beneficial occupation. Although buildings are assumed to be in a state of reasonable repair, a property owner can approach the VOA to request removal from the list if, for example, the building is in very poor condition and cannot be economically repaired. Other reasons why a property may be incapable of beneficial occupation include:

In all cases, until the owner applies to the VOA for the property to be removed from the local rating list, rates are due and payable.

In England, the occupation of a retail premises that has been empty for one year or more is eligible for rate relief of 50% for 18 months. This is a temporary measure announced in the government’s Autumn Statement on 5 December 2013, and applies to businesses moving into previously empty properties between 1 April 2014 and 31 March 2016. The reoccupation of the premises can be for any use (ie, not only retail) except for betting shops, payday lenders and pawnbrokers. The relief is discretionary, so local authorities can choose not to grant it if it would conflict with their wider objectives for an area.

Intermittent occupation can be one solution. A further three- or six-month exemption period can be claimed if the property is reoccupied by a tenant or licensee for a minimum of six weeks. There is no statutory limit on the number of times that this process can be repeated. There are, however, four tests of ‘rateable occupation’, supported by case law, that need to be met:

Another solution is to use property guardians to occupy the premises. They can provide protection against vandalism and squatting and reduce the costs of traditional security, and where properties are occupied by guardians, the owner may apply to the VOA for a reassessment so that the relevant area of a building becomes eligible for council tax, rather than business rates. This can result in a significant saving.

The VOA’s guidelines state: “The property may become used as living accommodation after basic conversion works and installation of WCs, showers and kitchens, etc. Under S66(1) of LGFA 1988, property is domestic if it is used as living accommodation, so there is no reason why such a scheme should not succeed in reducing tax liability by getting a property banded as a dwelling or dwellings. It is likely there will be growing numbers of proposals to bring dwellings into the list in the above circumstances… If areas within a building are actually used for the purposes of living accommodation, then they should be treated as domestic property.”

This reassessment does not alter the planning use in any way. Guardians will occupy the premises on short-term leases with appropriate break clauses, leaving owners free to proceed with finding commercial tenants or redeveloping the site. By using government-approved ‘meanwhile leases’, the temporary tenants have no claim on the property and their occupation falls outside the Landlord and Tenant Act.

According to VOA guidelines as to what qualifies as residential occupation, inspections must be made to determine:

The aim of empty business rates is to provide a strong incentive to bring empty premises back into use. Placing guardians in a property during the period between sale or redevelopment means it is being secured and maintained, as well as offering them a low-cost temporary home. Another benefit is that council tax is being paid, which can be reinvested back into the local community - making this, we believe, a win-win solution.