No wonder Hammerson made an all-share offer for Intu on Wednesday. 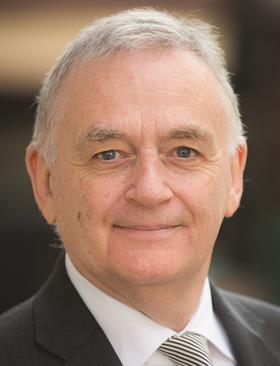 Shares in the latter were trading at 199p until Tuesday, a 50% discount to net asset value (NAV). Hammerson is gifting Intu shareholders 0.475 Hammerson shares worth 525p each for every Intu share. That’s £2.54 for each Intu share, valuing the owner of Lakeside at £3.4bn – despite the view of professional valuers that Intu’s £10bn portfolio has a NAV of £5.5bn.

But Intu is not the only REIT trading at a steep discount. So is Hammerson. So are others. On Tuesday, the UK’s top five property companies had gross assets valued at £56bn.

After deducting £18bn of debt held on the balance sheet of Landsec, British Land, Hammerson, Intu and SEGRO, a single buyer would hold net assets of £38bn. The stock market view is that if every single share in said companies were sold with the wave of a magic wand only £43bn would be raised, leaving net assets of £25bn after deducting £18bn of debt – a 35% discount to the balance sheet NAV of £38bn.

The scenario is, of course, a fairytale, as the Hammerson takeover shows. Values would crash in a mass sale; share prices would rise on even the whisper of takeover talks. But the very real numbers kindly supplied by Mike Prew of Jefferies are saying beware.

Between early 2006 and early 2008 a premium of 10% – on stock market euphoria at the expectation of tax-free REITs being introduced in January 2007 – plunged to a discount of 50% over those two years. Only in early 2008 did values begin the same downward journey.

Homework for those in the sheds sector: google Symbotic. The Boston-based business claims to be “reinventing the warehouse” with fully automated racking and picking systems.

The New Yorker (23 October) says the company has more business than it can handle from US retail chains like Walmart, which are prepared to spend $50m per giant warehouse on technology that: reduces labour costs by 80% as robots do the picking; cuts energy use by 35% because robots don’t need light to work by; increases storage area as robots don’t need aisles to run down; and allows warehouses to run 24 hours a day as robots don’t get tired. Give it a few years and big shed builders in Britain will have a hard job convincing local planning committees that more warehouses equal more jobs.

Bottoms out in Whitehall farce

Last month, Commons leader Andrea Leadsom kicked a radioactive can down the road by delaying a vote on the plan to rebuild the Palace of Westminster until mid-2019. Leadsom wants the £3.87bn budget properly ‘bottomed out’. 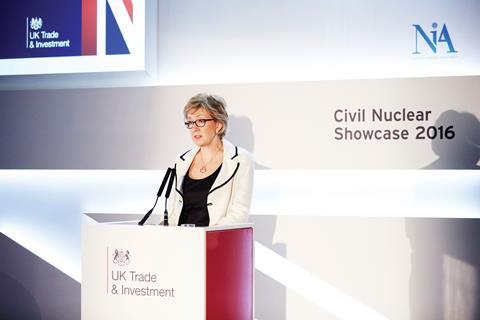 The decant plan? Lords off to the Queen Elizabeth II Centre, Commons to a purpose-built chamber attached to an MoD block in Whitehall. But squabbling and confusion reign.

One involved says: “You go to endless meetings. Nobody knows anyone else. Nobody seems to be in charge. The spooks keep ramping up security requirements. Some bright spark thought it wise to write to Historic England to make sure they were not going to list the MoD block. They’ve come back and said: now you mention it, we will!”

Money for nothing, rents for free

Ground rents are a money-for-nothing hangover from a feudal age and must be abolished, say parliamentarians. Blame housebuilders ripping off buyers with clauses that double ground rents every 10 years for stoking anger. A government consultation on reforming rents closed in September. Expect limits on rises to be introduced.

On Monday, the Ground Rents Income Fund produced results for the year to September. Revenues of £5.1m and a profit of £4.7m were earned on gross assets of £149m. The chairman is the irreproachable former real estate director of Scottish Widows, Malcolm Naish. “We recognise there are legislative hurdles ahead,” he warned. The business is wisely offering those on 10-year doubling rents the opportunity to convert to index-linked increases.

But will that be enough to quell outrage? Here is an example of what happens to those with ground rents tied to the increase in property prices, courtesy of an outraged leaseholder. Ground rents of £175 per year set in 1991 were up for review in 2017 on his block. The beneficiary wanted to raise them by a multiple of 5.88 – an estimate of increase in the value of the London flats over 25 years. The leaseholders countered with an offer of 3.48 times. A RICS arbitrator said 4.79 was the correct multiple. Those previously paying £175 per year are now paying £838 per year.

Try and imagine how they feel for paying that much a year for nothing in return. Or you can look on the bright side. It will be very good news for ground rent companies if index-linked increases are not banned.

Peter Bill is a freelance journalist and author of Planet Property