Housing investment must provide for the elderly to solve the crisis

Philip Hammond’s first Autumn Statement has put housing on the priority list, but only time will tell if the proposed £7bn spending - to support the construction of new homes, including spending by Housing Associations - turns into a successful strategy. 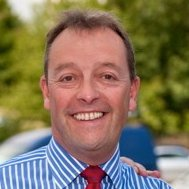 Proposals to speed up construction, support the development of more affordable homes and unlock new private housebuilding should all be welcomed, but solving the crisis isn’t just a numbers game.

We all know that we need to build more homes but turning those targets into a viable long-term strategy means more focus on housing need. Constructing more affordable homes is, of course, essential but there’s a vital part of the jigsaw still missing and that’s homes for the elderly.

Figures from the Office of National Statistics (ONS) state that one in 12 people in the UK will be aged over 80 by 2039. The UK’s population is set to rise by 10 million in 25 years and that’s driven in part by our expanding older generation. However, there’s been no mention of how the new housing measures and investment will meet the needs of this growing population.

As we grow older, our priorities change and in many cases, that means finding a home that makes our lives easier such as a single-storey property.

Despite this, the number of bungalows being built in the UK has nosedived. According to the National House Building Council, just 1% of new builds were bungalows in 2014, down from 7% in 1996.

This trend isn’t because the elderly is favouring flats instead, but that bungalows take up too much land so building up is more profitable housebuilders.

A lack of suitable properties means that older people are increasingly staying in homes that no longer meet their needs. Not only is this blocking the housing chain, but forcing some people into care homes and prolonging hospital stays putting more pressure on the NHS. 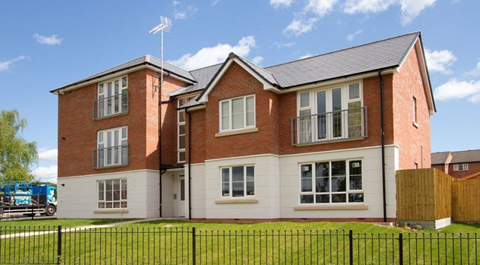 United Living has recently been appointed by WM Housing to deliver 18 new homes at a rural location in Ross-on-Wye - Source: United Living.

This issue will only get worse unless we start to shift the focus and build more housing for the elderly on every new development. Any successful strategy is driven by demand, so we need to recognise that this demand not only includes first-time buyers and families, but older people too.

Achieving this will require government support at both a national and local level. We need an overarching strategy that recognises the needs of our ageing population but that enables localism to come into play.

Constructing more affordable homes is essential but there’s a vital part of the jigsaw still missing and that’s homes for the elderly.

Local authorities should be empowered to only award planning permission if the housing mix in a new scheme meets all local needs from the young through to the old.  And as we start to devolve into the local and regional assemblies, perhaps now is the time for these wheels to be put motion enabling local mayors to devise how housing will be delivered in their locality.

In doing so, we will increase the chances of the right types of houses being built in local areas and avoid the risk of an influx of one and two-bedroom flats that in years to come, won’t be right for our ageing population.

Hammond said in the Autumn Statement that “building more homes is central to this Government’s vision of a country that works for everyone.”

Those new homes will only work for everyone if they provide for the elderly. Getting the housing mix right now will ensure that the needs of the whole population will be met in the future.