Housing needs something better than a faster horse

It’s been quoted to death: “If I’d asked them what they wanted, they’d have asked for a faster horse.” 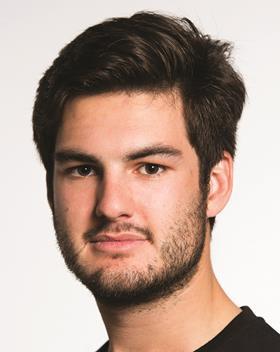 Henry Ford was an innovator who created a new way to move people from A to B by creating a new and better product.

He did this by applying the first lesson in product design - don’t design a new version of the current solution; design a new way of solving the problem. It’s in this approach that we are able to solve the old problem in new and better ways - otherwise known as innovation.

Whether down to legislation or lazy product design, we have a system whereby we build the same housing, using the same methods that we’ve used for decades, if not longer. And, as we all know, it’s not working.

Perhaps we should be reminding ourselves of the problem (that is, the need for somewhere to live), pick a target market that is acutely suffering (say, young working people on modest incomes) and come up with a solution tailored for them.

These people are technology natives who value service, experience and community, and need less space than others. At The Collective, we’ve followed this problem through, and come up with the concept of ‘co-living’, which allows us to deliver a product that people want to live in, that is more affordable than the traditional model and that houses more people in the same space by being cleverer with shared space.

With two prospective London mayors making unrealistic promises about the housing numbers they can deliver, surely a product that’s better and delivers more units per square foot must be a no-brainer.

And what about how that product is built? Should we continue to send lorry after lorry to a cold, wet building site and expect safe, high-quality and quick construction? Or should we think about assembling large components in a safe and controlled factory environment? And why do we redesign the same components over and over again when we could standardise, build in volume and reduce cost? If we need to deliver more and deliver it more quickly, we have to be serious about modern methods of construction and the technology that can underpin it.

Housing is a massive challenge that both leading mayoral candidates have put at the top of their lists of priorities, but with an open mind and a willingness to be forward thinking and to support innovation, there’s never been a better time to have that crisis to solve.

I’ll leave you with a thought. I love watching innovation in the world of finance. Rewind only five or 10 years and there were the banks, and they did ‘finance’. Now we have fintech, which has created dozens of finance submarkets in which innovators disrupt and solve old problems in new ways.

As for housing, what if we chopped our big whale into lots of bite-sized chunks and told the innovators to go and play?

James Scott is chief operating officer at The Collective