​How Frankfurt is benefiting from Brexit

As there are still no definitive signs to show whether the UK will leave the EU in less than three weeks, continental European cities are benefiting from this uncertainty. 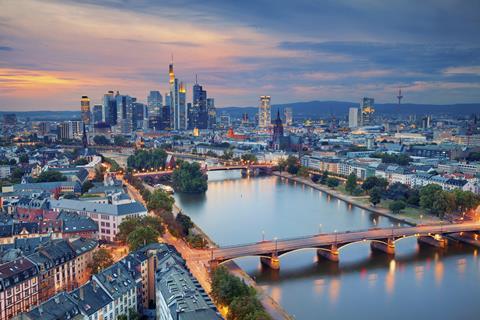 Brokers estimate that some 10,000 jobs will spring up in the Frankfurt area as a result of Brexit. Even now, the impact of the pending governmental decision in London is becoming apparent, as banks and bankers set out for Frankfurt.

Frankfurt as a prime location

Advantages, including the presence of important financial institutions such as the European Central Bank and almost other 200 banks, as well as numerous law firms, make Frankfurt an attractive market for international investors in the light of the changes caused by Brexit. Frankfurt also offers a central location in Europe and consequently short travelling times to cities such as Berlin, Paris, Amsterdam and Brussels via train, with many direct international flights via one of the biggest airports in Europe.

Average office rents have risen continuously for years, and are the highest in Germany. But, they are still considerably lower than London and noticeably below Paris and Dublin. This offers an additional advantage as banks set up their new European headquarters.

In addition, Frankfurt still has high vacancy rates and thus offers capacity for further Brexit immigrants, while an increasing number of project developments promises more office space. The first new lettings already been made in connection with Brexit; for example, the rental of Goldman Sachs in the Marienturm tower, which triples its workforce in Germany.

However, only half of the available vacant rental space offers the desired modern facilities and the preferred central location in the banking district or Westend, so there is still potential for new project developments. Thanks to the Brexit effect, office rents should continue to rise strongly in the coming years.

What is likely to become a rare commodity, due to the Brexit effect, is affordable housing for the new arrivals. There is practically no vacancy rate for residential space, so residential property prices are set to rise continuously. However, this would probably pose more of a challenge to the local population, as movers from London would be accustomed to much higher property prices.

The expectation of strong population growth and company expansions continues to present the city of Frankfurt with major challenges. Competition for land use is growing in housing, business and transport. Office skyscrapers are increasingly competing with residential skyscrapers.

No competition for London

Despite the uncertainties associated with Brexit, the UK remains the most popular target market for professional real estate investors, with 32% of overall respondents citing the UK as their preferred market. London’s financial sector employs up to 700,000 people, whereas only 70,000 bankers work in Frankfurt.

Ultimately, many questions remain unanswered due to the unclear exit conditions and a large number of London-based financial companies not having yet decided to relocate. Cities such as New York and Dublin are also courting the Brexit bankers. The Irish capital is probably the strongest competitor for Frankfurt, as many Brits are more comfortable with the language and the similar banking rules in Dublin.