How Meadowhall’s preparing for the next 25 years

More than 25 million shoppers step through its doors every year, it provides 1.5m sq ft of space, is ranked in the top five UK shopping centres and as one of only six super-regional shopping centres, it is unlikely to be replicated again. 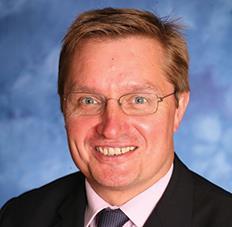 Meadowhall is 25 years old this year, and we announced to retailers and agents this week that British Land is celebrating with a £50m refurbishment that will dramatically transform it.

When it was developed on the site of the former Hadfield steelworks on the M1 outside Sheffield city centre, Meadowhall was a beacon of regeneration in an era when shopping as a pastime was just coming into its own. But what does it tell us about the changing nature of retail and people’s shopping habits? And how is British Land adapting to an environment where the pace of change is becoming more rapid every year?

In common with the other five super-regional centres, the original Meadowhall tenant line-up has changed beyond recognition. As the asset manager and joint owner, British Land is very much on the front foot. More than 70 long-term lettings have been signed in the past three years and 183 new shopfits were undertaken during the same period. Meadowhall now has the highest retail conversion rate of any regional mall in the UK.

The Oasis Dining Quarter was refurbished in 2011 at a cost of £7m and has since attracted brands including Giraffe, Carluccio’s, Chaobaby and Wagamama. The result is that catering spend has increased by 35%. More recently, a £3m refresh of the Park Lane area along with a targeted leasing and marketing campaign has attracted more premium retailers, including The White Company, Jigsaw and White Stuff.

Next is another good example: a £10m, 60,000 sq ft Next Home & Garden store opened in December 2014, just outside Meadowhall, to complement the 70,000 sq ft store inside the scheme. We also lease a store to Next at Parkgate Shopping, 4.7 miles down the road in Rotherham and this store is doing a roaring trade through click & collect. So within a short distance we have strived to accommodate Next in a way that landlords and retailers would never have considered back in 1990.

The other new constant is an insatiable retailer and consumer hunger for improvement and change. Back in 1990, the attitude of most landlords was to sign up retailers for 25 years and then do little to improve the environment the retailer traded from. Today, there is greater recognition that landlords must be proactive. Retail destinations need timely improvements to create great places that increase footfall and sales and ultimately drive rents.

Along with closer relationships with retailers and the need to improve assets, the third big change since Meadowhall was built is the need for landlords to focus on the shoppers themselves. In 1990, the relationship with the public was very much at arm’s length: that was the retailer’s business. Now, advances in technology have brought British Land and its peers into closer contact with the shoppers. Consumers now expect first-class websites, promotions and free wi-fi and to be able to seamlessly use all of a retailer’s channels at a shopping centre or park.

Spending £50m on refurbishing Meadowhall will ensure it continues to meet the needs of the consumer. The project will start in autumn 2015 and complete by the end of 2017. The creation of distinct districts with different mall finishes will differentiate Meadowhall. New double-height frontages, the removal of columns and arches, improved flooring, wayfinding, signage and feature lighting artwork will all help create a new, exciting shopping environment.

Meadowhall is symbolic of how landlords and retailers are working closely together, how REITs now actively manage their estates and how consumers are having a bigger say in the property world. Here’s to its next 25 years.

Charles Maudsley is head of retail and leisure at British Land