How to meet lab space demand

This spring marks the five-year anniversary of the opening of the Francis Crick Institute at King’s Cross, commonly referred to as a ‘cathedral for science’. It continues to set the benchmark on a global level for the Research and Development Community. 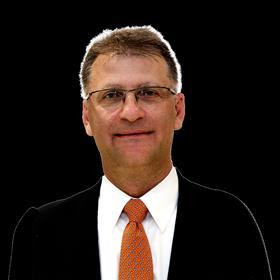 Designed by HOK in collaboration with PLP, the £700m biomedical discovery institute was conceived as a replacement for the aging facilities at Cancer Research UK and the Medical Research Council. The idea was to bring them together, along with four other institutions, in a new state-of-the-art facility, creating a new model for scientific research.

Gone was the traditional cellular layout for isolated work. Instead, the Crick is designed around vast collaborative areas with natural synergy points, encouraging researchers from different disciplines to interact and ultimately work together.

The Crick is the inspiration for a new generation of R&D facilities. In Glasgow, HOK has completed a 180,000 sq ft research facility for the University of Glasgow that draws on the same principles of openness and collaboration to super-charge the development of university spin-offs.

Meanwhile, large amounts of capital are being allocated to the development of life sciences properties. Earlier this year, Oxford Properties completed the £425m acquisition of Victoria House in Bloomsbury reportedly for conversion to lab space; Moderna is mulling plans for a new UK mega-campus; and Canary Wharf is working up plans for a £500m science hub.

This is all good news for the UK, but the question is: will the next generation of lab space succeed in driving innovation forward? We must acknowledge that there are several misperceptions around what constitutes lab space as well as significant challenges for developers and investors.

The repurposing of offices for lab space is incredibly complex. While lab space is typically occupied at a lower density, there is heavier demand on building services and extra space is needed to manage the circulation of people and safely store chemical waste. Most commercial developers are unfamiliar with this formula, and it can be hard to create a viable financial proposition. 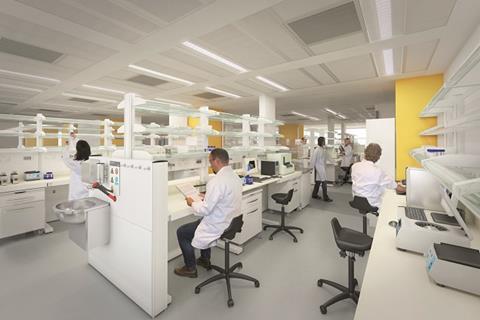 From a design perspective, labs are a much closer cousin to hospitals rather than traditional offices. The government is embarking on its largest hospital building and refurbishment programme, and we must seize the opportunity to connect lab discoveries and patient care. The future is multidisciplinary facilities where educators, researchers and clinicians interact and drive innovation. Facilities must create an ecosystem like the Crick’s.

Developers also need to think carefully about how to deliver carbon-efficient labs or risk them becoming obsolete. Labs are some of the most carbon-intensive commercial buildings, often containing twice the built-in carbon of other building types and requiring significantly more heating, cooling and ventilation.

To meet 2030 targets, many lab buildings would need to reduce their operational consumption by 75% and embodied carbon by 50%. This is achievable partly through improvements to insulation, glazing and shading.

As the Crick has shown, the physical space scientists occupy plays a key role in enabling innovation. Our sector has a key role to play in establishing the UK as world leader in research and development.